Home > Child > Kids news > Kangaroos Are Not Only In Australia 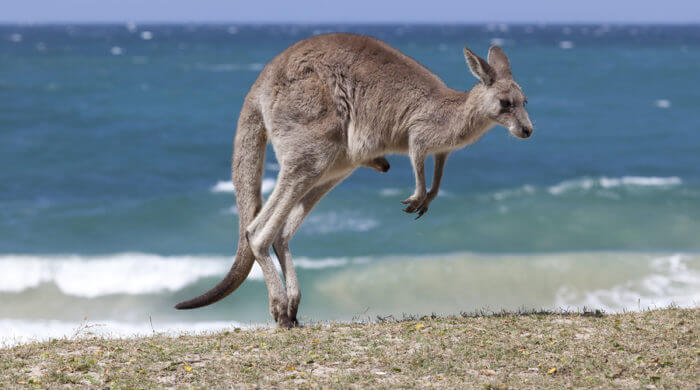 When the talk is of Kangaroos is mentioned, one thinks of Australia. This is namely the home of these animals. But those who believe that they only exist there have now been taught better.

The Bio-Teacher Is Not Always Right

Many of your children may have heard something about kangaroos. Your biology teacher probably told you that these animals only exist in faraway Australia. But this is not quite true. Now it became known that these animals also exist in our neighboring country France. Not far from Paris, the capital of France, kangaroos were discovered in a forest area.

Life In The Wild

The more than 100 kangaroos discovered there do not belong in a zoo or an animal park. They live there in the wild and apparently feel very comfortable there. Some experts now believe that these kangaroos belong to the Bennet kangaroo breed. Several years ago, 20 animals of this breed escaped from a zoo and could not be captured. Therefore, it is now suspected that the now discovered kangaroos could be descendants of these escaped animals. The animals seem to be doing well because they have everything they need there in the forest. There are tasty leaves, grasses, and small shrubs there and the animals seem to like that. So you can tell your bio teacher that there are kangaroos in France too……

Also interesting:
What Do You Need For The Start Of School?

Kangaroos are a family in the marsupial order Diprotodontia. They are among the best-known marsupials and as typical representatives of the fauna of Australia, but also live in New Guinea.