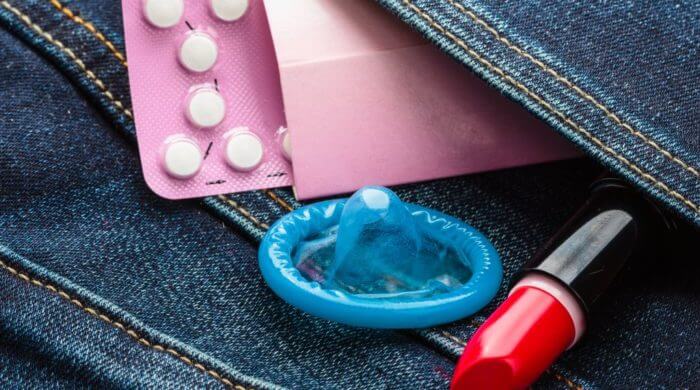 Despite good contraceptive methods and good education in school, small “accidents” can happen the first time. Sex is something beautiful and can be a lot of fun. However, if something doesn’t go as planned, you can sometimes get really scared.

So that you don’t get into the situation where a condom breaks or you forget your pill, we have put together some tips for you. Read them carefully so that you can approach your time together in a relaxed manner.

Tips For Avoiding Such Situations

Basically, you should follow our tips, which you can find in the article “20 Facts about Contraception with Condoms”.

You can also refer to the following checklist.

Also interesting:
Is It Okay To Make Jokes At The Expense Of Others?

If It Does Happen: Emergency Contraception

A little helper in an emergency: the morning-after pill.

The “morning-after pill” is available over the counter at any pharmacy in most countries. However, this fun is not quite cheap. It can cost up to €36. For this reason, and because it is a real “hormone bomb”, you should not take the morning-after pill.

It is not as effective as most other contraceptives. With the active ingredient levonorgestrel, it suppresses ovulation or delays it. This can prevent the fertilization of the egg. However, in order to be effective, some conditions must be met, which are:

In addition to the pill with levonorgestrel, there is also the pill with ulipristal acetate. This unpronounceable substance is still effective up to 120 hours (that’s 5 days) after sex.

However, it does not help if there is already a pregnancy. Because the morning-after pill is not an abortion!

If the morning-after pill is taken within the first 12 hours after sex, pregnancy can be prevented by 97% to 99%. Then the reliability starts to decrease.

Normally, the usual menstrual bleeding occurs after taking the pill. This may be delayed a little. However, if menstruation is delayed more than five days, a pregnancy test or a visit to the gynecologist is advisable.

The morning-after pill is used when it makes sense:

Basically, it is recommended to make an appointment with a gynecologist after taking the pill.

The morning-after pill can have strong side effects. Most of the time, however, they are not dangerous. The most common side effects are: nausea, abdominal pain, vomiting, irregular menstruation, dizziness and headaches.

No Easy Task: The “Morning-After” Pill

If you do not want to take the morning-after pill or are not allowed to do so due to health circumstances, you have another option. Unwanted pregnancies can also be avoided by inserting a copper IUD after you have had unprotected intercourse. In contrast to the morning-after pill, however, the IUD involves a little more effort. In addition, the insertion can sometimes be somewhat painful.

The advantage of this is that in the future you are protected by the effect of the copper IUD and no longer so easily get into the situation of having to use an emergency contraceptive.

Also interesting:
A Doctor Must Not Tell Anyone

The IUD afterwards prevents the implantation of the egg in the uterus. This is due to the copper ions that it secretes. This influences the environment in the uterus in such a way that fertilized eggs no longer “feel comfortable” there.

You can find more detailed information about the copper IUD itself in our article “Alternatives to the Pill and Co.: Hormone-free contraceptives”.

Like the morning-after pill, the IUD is useful in cases of lack of contraception, incorrect use of contraceptives, and after rape.

Because the IUD is also a medicine, it can have side effects. You can discuss this with your gynecologist.

1) Which tips from our emergency prevention checklist could you remember? Write them down here.

2) Why are condoms important for more than just preventing pregnancy?

3) What measures are there to prevent pregnancy if you did not use contraception during sex?