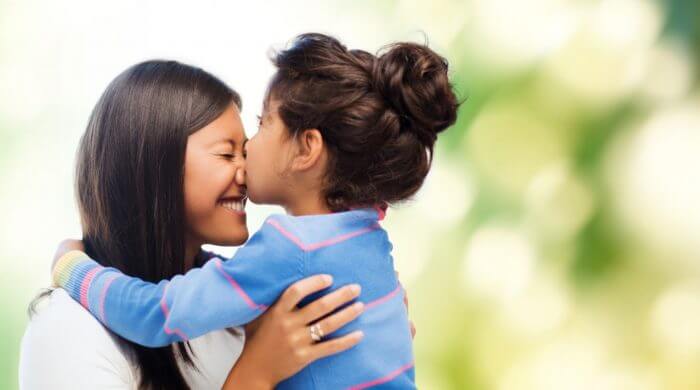 Most couples in the world consist of one man and one woman. That is why many people believe that this is the only way love can look. In reality, however, love is much broader and greater. You cannot limit it only to the typical woman-man relationship. This is because love primarily refers to the essence of a person. His or her gender is actually less important.

Every person responds to different things that trigger infatuation in them. Some get a tingle in their stomach when their counterpart is particularly funny and makes them laugh. Others go for a pretty face, a tight butt or long brown hair. We all have different preferences. That’s why it’s also legitimate for a man to fall in love with another man, or if he doesn’t care whether his partner is male or female.

Because many people in the world do not have a female-male relationship, today we would like to explain to you what other possibilities there are and why this is so.

Sexual Orientation – What Is It?

This complicated sounding term is actually quite quick and easy to explain. Sexual orientation describes which people a person is attracted to. Most of the time, men are attracted to women with the usual sexual characteristics (breasts, buttocks, shorter than men, long hair). When they see a woman who matches this image, they can fall in love with her quite quickly. Of course, there are always individual differences. Some men like short haired girls or are into tall women. Women, in turn, respond individually to other things. Many like it when he has big hands and dark hair. Some fall in love especially with tall men or like it when he has a powerfully built stature.

What you just read is the description of heterosexual orientation. Heterosexual means that you are into someone who is of the opposite sex. The typical woman-man thing.

But there are a number of other possibilities besides heterosexual orientation.

By the way: Scientists are still arguing about whether sexual orientation is innate, develops due to external influences or can be consciously chosen. What is certain is that everyone is allowed to live out their love as they see fit, as long as no one is harmed by it.

Unlike heterosexuality, homosexuality means that two people of the same sex are attracted to each other. The Greek word homos translates as “same.”

At first glance, you might say homosexuality is the opposite of heterosexuality. However, this is not really the case. Because heterosexuals and homosexuals are united by the desire to start a family, long-term commitment as well as fidelity.

Unfortunately, in most countries homosexuals do not yet have the same rights as heterosexuals, although this is a form of discrimination. Discrimination means that a group of people is excluded from society. It should be avoided at all costs and is a violation of human rights.

Homosexual women are also called lesbians. Homosexual men, on the other hand, are called gay. In the past, this was a swear word until affected men found new self-confidence and called themselves gay. Today, it’s okay to use the term, as long as you don’t say it in a derogatory context. Basically, it is best to simply ask the person which term he or she prefers.

Ultimately, though, whether someone is gay, lesbian, straight, or bi is beside the point. We are all human beings breathing the same air and want to be called by our name.

Did you know that it is now believed that everyone has homosexual and heterosexual parts within them? Depending on what predominates in us, we like same-sex or non-same-sex partners better.

Bisexual people do not limit themselves to partners of their own sex, nor those of the opposite sex. This means that they are emotionally and sexually attracted to both women and men. They can fall in love with both and have desire for these people. Some bisexuals just like to try things out. Many are still quite young. They eventually decide to change sexual orientation or remain bisexual for life.

This way of life also has its justification. Because, as already mentioned, what counts first and foremost is a person’s essence. You could also say that his soul is the most important thing. And this soul has no sex.

Most people love only one person at a time. One leads in the course of the life several relations, however, always only one after the other. Of course, there are also those happy couples who have been together since their school days and grow old together.

Because one wants to claim the loved one for oneself to a certain extent and not share it with anyone else, most people are monogamous. That is, they have only one partner. In our Western society, this is the most common way for a couple to live together.

In parts of Asia, for example, it is quite different. Here it is common for a man to have many wives at the same time. He can be married to all of them at the same time and have children. This is called polygamy. Polygamy can also occur in the form of a woman having several husbands.

While polygamy is not common in our country, there are now many people in this country who live in polyamory. This means that one loves several people. Unlike polygamy, however, this love is not bound to one sex. Thus, a woman can love another woman and be in love with a man at the same time. The prerequisite for this is that all parties involved agree to it.

This only works if there is no jealousy between the partners and the rules of the relationship are agreed upon individually and adhered to.

Polyamory is not socially recognized, because it is difficult to understand how one can love several people at the same time without jealousy destroying the relationships.

This term does not actually describe sexual orientation in the strict sense. Because asexuality means that one has no need for sex at all. Asexuals do not feel arousal when they see their partner naked. They can be in love and feel love. However, it is enough for them to cuddle with each other and exchange small caresses.

Some asexual people also have no need to find a partner. However, this happens rather rarely. Both forms of asexuality are fine and do not mean that you cannot live a full life. Because with the help of organizations for asexuals, special communities on the Internet and local meetings, it has become easier today to find a partner who also wants to abstain from sex.

In the course of a person’s life there are different phases of sexual orientation. Especially teenagers and kids like to try themselves out to find out what they enjoy the most.

There is nothing to be ashamed of if you have feelings for someone of the same sex as a teenager. It is admittedly difficult to live them out because hardly any teenagers can stand by their homosexuality. Sooner or later, however, a way is found to get in touch with like-minded people.

It is also important to accept changes. If at some point you have the feeling that you are no longer just into girls, but into partners of both sexes, that’s okay too.

In any relationship, whatever it may be, you should agree on common rules that you will stick to. Outside of polyamorous partnerships, this is above all mutual fidelity. Because all people have feelings and don’t want to be cheated on, whether they are straight, gay, asexual or bi.

2) What is the difference between polygamy and polyamory?

3) What else can you call homosexual people?