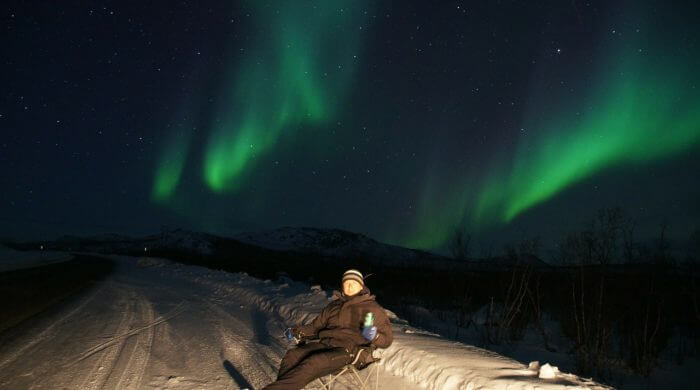 In the night from Sunday to Monday, colorful lights could be seen in the sky in many parts of Germany.

Sky In Pink And Green

The sky over Germany shone in this night in many places really colorful. So in pink and green. Very great. But these were not UFOs or aliens….no, no. There had a completely normal cause. The experts say that these lights were the so-called Auroras were.

In Big Cities You See Little

The best place to see the colored sky that night was in places where it is very dark at night. So out in nature, away from the streets and houses with their many lights. That’s why in big cities, where many lights burn everywhere at night, you could see it very very badly.

Auroras arise when electrically charged particles of the solar wind from the magnetosphere hit oxygen and nitrogen atoms in the upper layers of the earth’s atmosphere and ionize them. Light is emitted during the recombination that takes place again after a short time. Auroras are mostly seen in two bands of about 3 to 6 degrees of latitude near the magnetic poles.