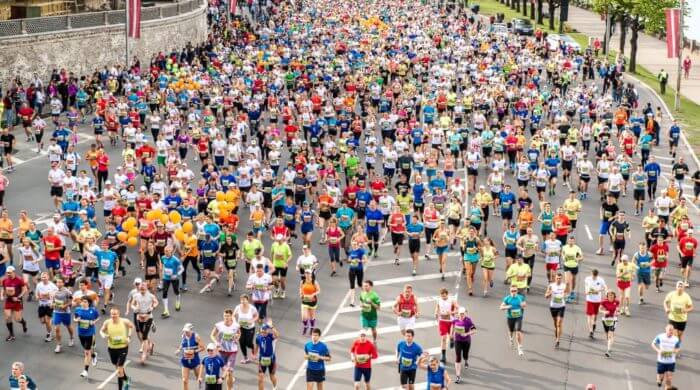 For many young people, a Marathon is already something that represents a great challenge and that only a few can manage. But not so for a spry 92-year-old lady from the USA. She ran a marathon in the USA and also set a new age record for women.

Oldest Woman Ever To Run A Marathon

92-year-old Harriette Thompson has set two records at the same time while running a marathon in San Diego, California. First, she is the oldest woman (92 years and 65 days) ever to finish a marathon, and with a time of seven hours, 24 minutes, and 36 seconds, she also set an age record. At the finish line, the spry old lady, who started the race in a purple running shirt and blue running pants, didn’t really look exhausted. She only said that she felt a little stiff and only had a small low point on the course for the first time at kilometer 34. Harriette Thompson has thus replaced her compatriot Gladys Burrill. She ran the Honolulu Marathon five years ago and was 92 years and 19 days old at the time.

On The Course Together With Her Son

Harriette Thompson was joined on the course by her son Brenny, who ran the entire marathon with his mother. She was a bit disappointed with her time because last year the spry lady ran the “Rock ‘n’ Roll Marathon” in seven hours and seven minutes. But Harriette Thompson runs marathons not only for fun but also for a good cause. Years ago, she herself successfully fought the disease Cancer and is now raising money to fight the disease. According to a major American newspaper, the 92-year-old has already collected more than $100,000 in donations.

The Marathon is a sporting running event held on roads or paths. A total of 42.195 km must be run. The marathon is therefore also the longest Olympic running discipline in athletics.

Cancer is the medical term for a malignant tumor disease. Any organ of the human body can be affected by cancer. Cancer is the second most common cause of death in Germany.