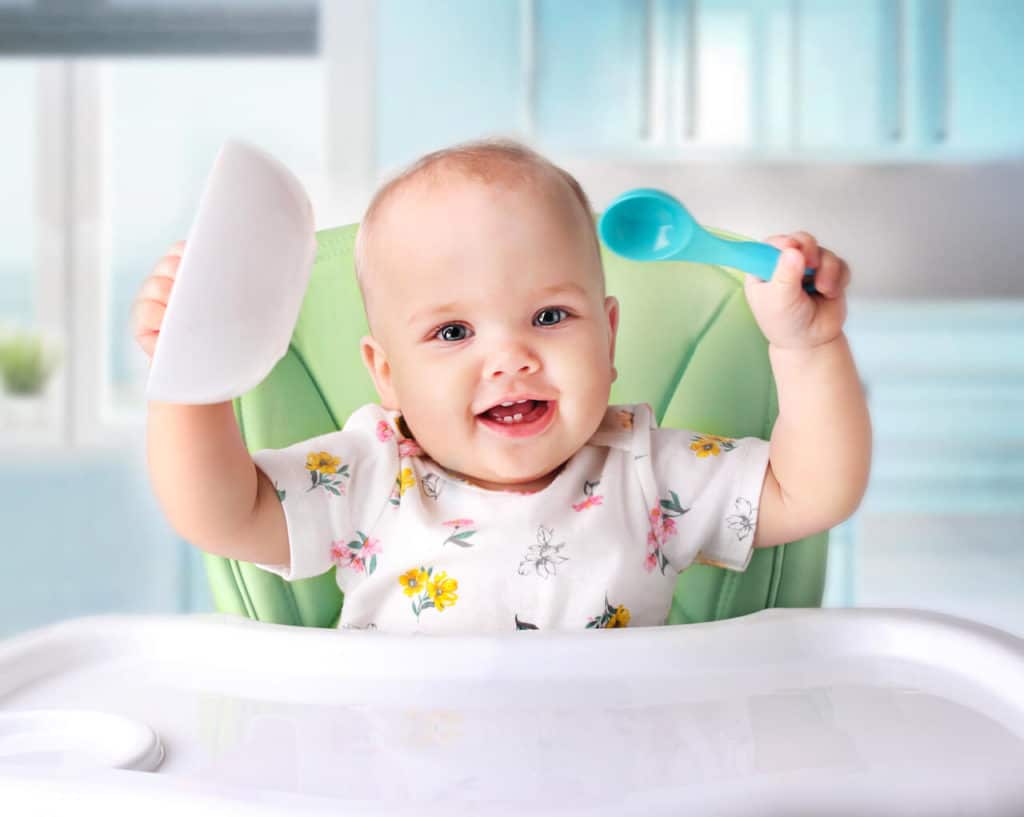 Actually, almost everyone knows about melting flakes – after all, we ourselves were given them when we were babies. In supermarkets and drugstores, there are now countless types of flakes that can be made into baby food.

Many mothers feel overwhelmed by the oversupply and simply do what their mothers and grandmothers did and still recommend today. However, melt-in-the-mouth cereals are nowhere near as healthy and good for a baby as mothers once believed.

Many products contain too much sugar and not enough valuable nutrients. In addition, many babies do not tolerate the flakes due to undigested starch, which cannot yet be properly digested by the baby’s intestine.

In this article, you will learn everything about the background of the well-known melting flakes and how you can integrate them into your child’s diet.

What Actually Are Processed Flakes?

Melt flakes refer to the smallest cereal flakes made from oats, which have been specially developed for babies. The flakes and a little water or milk can be used to make porridge.

Melt flakes are therefore convenient for the first complementary food in a baby’s life, because they dissolve completely in the liquid, making the baby porridge creamy and easy to eat.

Usually, babies starting complementary feeding are given one milk porridge with cereal flakes per day. This is often offered in the evening as a good-night porridge and can be refined with fruit, for example.

The two terms are often used synonymously in everyday language, but they do not mean the same thing. The word Schmelzflocken is actually a trademarked term of the Kölln company, which has been in existence for over 200 years and produces oat products.

Kölln’s melting flakes are made especially for babies and toddlers and are therefore subject to dietary regulations. This sometimes means that there are stricter regulations regarding the origin, storage and processing of the raw materials.

This fact is thus also reflected in the price. Melt flakes are so-called instant flakes, as they dissolve within a few minutes. Instant flakes from other manufacturers may not be called processed flakes due to the protection of the term.

The Production Of Melt Flakes

Special Process At The Kölln Company

The Kölln company began offering oats as ship’s provisions for sailors over 200 years ago. In the 1930s, Kölln was already providing oat flakes in small portions for private households.

Today, the company sells a variety of mueslis, instant flakes, muesli bars, and oat milk products in addition to its processed flakes. Only organic and ecologically grown oats from northern Germany are used for the production of processed flakes.

In the first step, the organic oats are cleaned. This is done by various mechanical components such as magnet, sieve, destoner, tare, or trieur. This allows impurities from weeds, stones, sand, soil or other grain to be removed.

The oats then undergo a heat treatment process, also known as kilning, at around 100 degrees for about one and a half hours. This gentle process serves to extend the shelf life of the oats: during the heat treatment, the lipases (enzymes that can break down fat) contained in the oats are deactivated and spoilage is decelerated. But not only that, the kilning also leads to partial breakdown of the starch in the oats, which makes them easier to digest. It also gives the fused flakes their typical nutty aroma.

Also interesting:
Feeding Plan For Your Baby: How Useful Is It Really?

After heat treatment, the oats enter the hulling mill, where they are sorted by size and then each oat kernel is separated from its husk by means of a centrifugal huller. The husk surrounds the kernel and serves to protect it, but is not digestible by humans. By gently separating the two components, the kernel remains attached, along with its high-quality germ, and thus enters the final product.

In the next step, the remaining oat kernels are again sorted by size and thus end up in different end products. While the larger kernels are processed into large leaf flakes, the smaller ones are made into small leaf flakes. The very small kernels, on the other hand, are ground into whole oat flour and processed into instant flakes.

The production of instant flakes from other companies is similar. However, the whole oat flour is boiled in water and then dried. This completely breaks down the starch, but the flakes lack a nutty flavor.

Preparation Of The Melting Flakes For The Baby

In order for the melting flakes to avoid tummy aches in the baby, they should be boiled before consumption, especially in the first year of life. This is due to the fact that the starch contained is only partially broken down.

Starch is a macromolecule, i.e. a large molecule with many individual building blocks, which belongs to the carbohydrates and is difficult for babies to digest due to its complexity and size.

In contrast, instant flakes from other manufacturers, whose starch has been completely broken down, can be stirred directly into the heated liquid, be it water or milk, as they are easier to digest.

Also interesting:
All Articles About Baby Nutrition At A Glance

Criticism Of The Use Of Instant Flakes

When melting flakes were first offered, people did not know very much about nutrition. Little thought was also given to the nutrition of babies and children.

Mothers did this because there was no special baby milk yet and cow’s milk actually contains too much protein and too few carbohydrates for babies. So to compensate for the lack of carbohydrates, the mothers still added melting flakes to the bottled milk. Many mothers also claim that their children sleep better by adding melting flakes to their evening porridge or bottle.

However, this is precisely the breeding ground for critical voices today: On the one hand, it is by no means true that babies sleep better after eating melting flakes, because digestion can disrupt sleep.

Especially melt flakes that have not been cooked up are more difficult to digest and make for restless nights. On the other hand, melting flakes contain hardly any important nutrients and consist mainly of empty but satiating calories.

Moreover, it has now been scientifically proven that by eating excess carbohydrates, babies already create fat cells that can lead to obesity later on.

As alternative critics call Instant flakes of other manufacturers. It is important, they say, that the starch has already been completely broken down in the production process in order to optimize digestibility. In addition, many different types of cereals are now processed into instant flakes.

This allows mothers to vary and offer their babies both different flavors and many valuable nutrients. Millet, for example, contains a lot of iron, which is often inadequately present in breast milk from the age of 6 months and of which too little is quickly absorbed, especially in babies who are lazy about their food.

It is recommended that instant flakes and melt-in-the-mouth flakes should only be used to make porridge, but should never be added to bottle milk. This is because babies drink much faster than they eat, so fortified bottle milk can quickly lead to overeating and therefore obesity.

Are Melting Flakes Good For A Baby Or Not?

As everywhere in life, it is advisable to find a middle ground. On the one hand, instant flakes and also melt-in-the-mouth flakes are very filling for a baby and also taste great to most.

On the other hand, mothers must be careful not to expose their babies to overeating or malnutrition. Therefore, all mothers should make sure to diversify their baby’s diet. So there is certainly nothing to be said against offering a milk porridge with melting flakes every now and then.

Adults also indulge in dishes that are very fatty or contain a lot of sugar, such as roasts or cakes. Enjoyed in moderation, this is not a bad thing, and the same applies to children. Of course, mothers of babies should be more careful. But it’s no drama if you cook melting flakes for the baby once a week.

Always look for high-quality products and alternate the cereals so your baby gets enough of all the nutrients. Instant flakes are now available from many grains: Oats, millet, spelled, rice or wheat. Explore the world of food together with your baby! 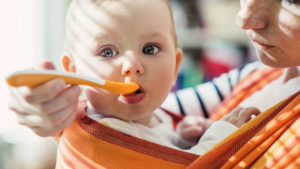 All Articles About Baby Nutrition At A Glance 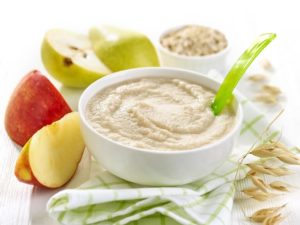 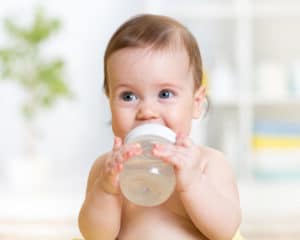 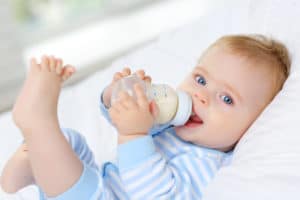 When Can My Baby Start Drinking Cow’s Milk? 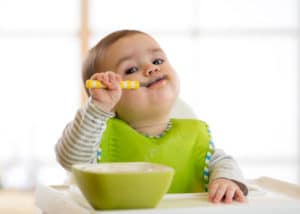 Baby Food Plan: The Optimal Diet For The First Year 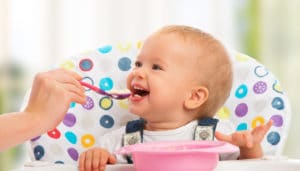 Feeding Plan For Your Baby: How Useful Is It Really? 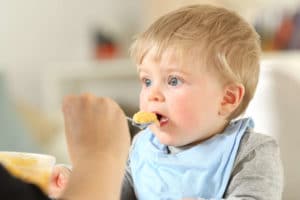 Can You Freeze Baby Food? This Is What You Should Keep In Mind 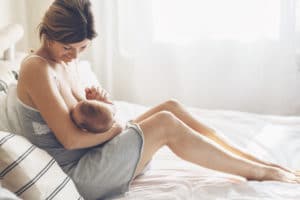 Pumping Milk – Why, How, And How Much? 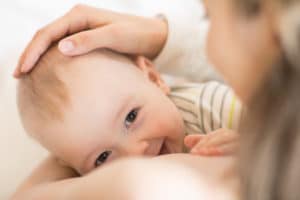 Colostrum – Valuable Nutrients For Your Baby 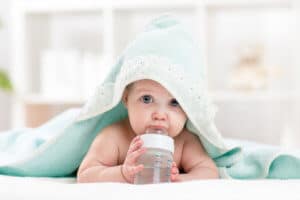 How Much Should My Baby Drink? 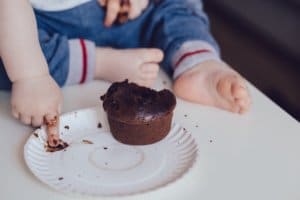 Playing Instead Of Eating: The First Meal Together With The Baby 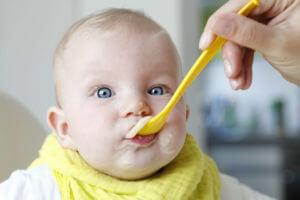 Complementary Feeding Guide: Everything You Need For Your Baby’s Meal