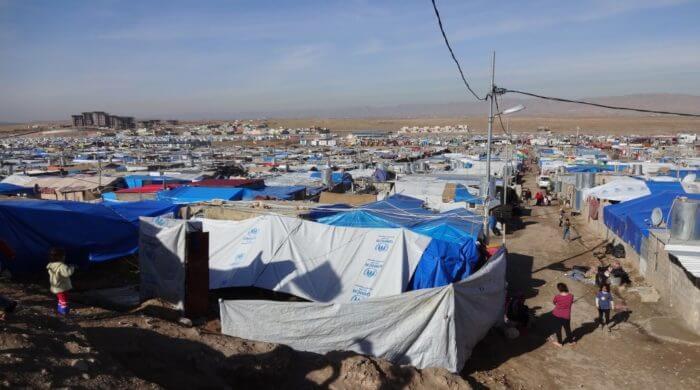 What is completely normal for people living in Germany is for most women, men, and children in Syria an exception. War has been going on there for years and people do not have enough clean water, schools are destroyed and food is usually scarce. Many millions of children have neither enough to eat nor enough to drink Relief organizations from around the world are working in Syria to provide clean water and a place for people to sleep.

The worst thing for the children growing up in Syria is that they never have peace from the fighting and can never feel safe, says a helper from the international aid organization UNICEF. The children in Syria are permanently afraid. UNICEF has asked many countries for more money for Syria. With the money, UNICEF wants to build refugee camps, which are located in the neighboring countries of Syria. The children will then be taken there. In the camps, children’s centers will be built where the children can play or do sports, and talk to caregivers about the terrible experiences from the war. In this way, the aid organization hopes to make the children less afraid again and give them courage.

Syria – A Country At War

For four years, war has been raging in Syria, a country that lies in Near East and is home to 20 million people. This war began in 2011 because the people of Syria wanted to fight for their freedom and opposed the government demonstrates have. But the government of Syria wants to continue to have power over the people and is fighting them with weapons. Many innocent people in Syria are killed or put in prison. Since the war started, about 3 million people have fled Syria to the neighboring state of Lebanon fled. Many children have had to leave everything they owned behind.

Syria is a country in the Near East.

Near East is the western part of the Asian continent, where countries like India, China, and Russia are located.

Aid organizations help poor and sick people and children all over the world.

UNICEF is an aid organization that was founded specifically to help children in war zones and poor countries.

Demonstrate means to go out on the streets with other people for one’s rights and to shout loudly about what one would like to improve.

Lebanon is a country next to Syria, where many people fled to after the war broke out.