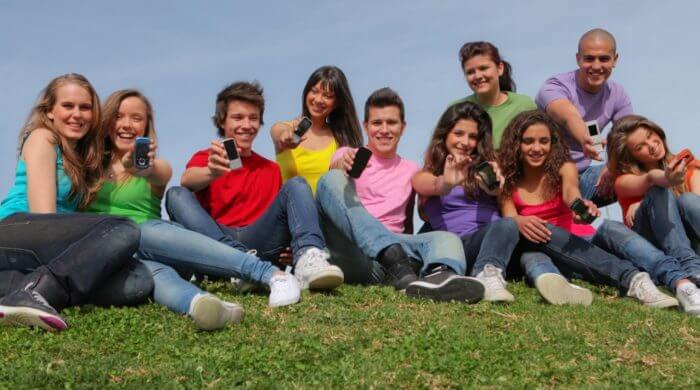 Doctors and Psychologists are sounding the alarm: more and more children and young people are addicted to smartphones and are completely forgetting about analog learning. This has devastating consequences for children’s receptiveness, and leisure behavior is also taking on grotesque proportions in some cases. The idea of missing a Whatsapp message or a text message is a horror for many children and young people. And so the smartphone has to be switched on all the time and you have to compulsively pick it up, again and again, to check whether you have a new message or whether a friend has posted something new on Facebook.

Addiction Is Not Perceived As Such

Children and adolescents who are addicted to cell phones often do not even notice this or do not perceive the addiction as such. You don’t drink and you don’t smoke, so you’re not addicted – that’s how many of the children and young people affected see it. Just like the adults who are addicted to smartphones, by the way – the number of addicts among them is also rising. It is only when the addicts are made aware of their smartphone usage times that they often realize how serious the situation is. Or they say typical phrases for addicts, such as: “Everyone does that,” or “If I wanted to, I could put the phone away for a whole week.

Also interesting:
Kids, Do You Know What Binge Eating Is?

The Smartphone Is Not The Problem – The Users Are

It is particularly noticeable among children and young people when and where they always have their smartphone ready next to them: On the breakfast table, under the bench at school, on the school bus, on the desk while doing homework, on the coffee table in the evening while watching TV or meeting friends, and even next to the bed on the nightstand at night. And when you get up in the morning, the first thing you do is look at your cell phone. It’s not programs or apps like Facebook or Whatsapp that are the problem here, but the users of these services, or rather the role that the programs take on with the users. Today, no one is dependent on the approval or recognition of others – the only thing that counts is the number of “likes” or the number of Facebook friends.

As a result, children and young people often have over 300 friends – but virtual friends. They only have actual contact with 10 of these friends. In addition, there is an impoverishment of language: people talk to each other less and less, and when they do, it is often only in a rudimentary language, as if they were chatting on Whatsapp. And something else is even more worrying: young people are unlearning how to learn without cell phones and laptops or tablets. No one reads anymore in this day and age, and students today, for example, are finding it increasingly difficult to read a book for school. This, which used to be something completely normal, is becoming pure stress for them.

Psychologists are doctors who care not for the body but for the mind.