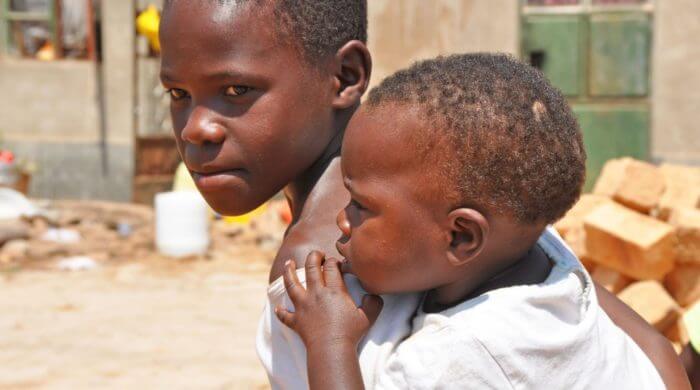 In the country Nigeria in western Africa, more and more children are on the run. The Children’s UNICEF is now sounding the alarm and calling for rapid assistance. A total of around 800,000 children are said to be on the run in the country. Fleeing violence, enslavement, and death.

Many Children Flee To Neighboring Countries

Many of these children, estimated to be a few hundred thousand, have already fled Nigeria. Many of them to neighboring countries such as Cameroon, Chad, or Niger. But the flight is bitter because most have fled all alone without their parents. Many of the parents were killed or were separated from the children during the flight.

Why Are The People And Children Fleeing?

There has been a lot of brutal fighting in Nigeria for years. Thousands of people have been mistreated, including children, or even killed. Normal life is neither possible for the children nor for the parents there. People are especially afraid of the terrorist group Boko Haram. This group attacks cities, again and again, they murder people, kidnap many children, and want to establish their own state in Nigeria, a so-called State of God state in Nigeria. In doing so, they show no consideration for anyone, not even for children. The kidnapped children are trained as soldiers and have to fight, whether they want to or not. Even the girls. Others are married off already as children, of course against their will.

Also interesting:
Surfing In The Cafe And On The Road

Many countries are now trying to support the government in Nigeria in the fight against Boko Haram. But this is very difficult. UNICEF nevertheless hopes that the children who are still in the country can be helped quickly. And the children who have fled also need help. Medicines, enough to eat, and above all a place where they can live in peace and quiet.

Nigeria is a state in West Africa, bordering Benin, Niger, Chad, and Cameroon. It is by far the most populous country in Africa.

UNICEF is the so-called International Children’s, Emergency Fund. The people who work at UNICEF work for better living conditions and better human rights for children around the world.

Boko Haram is an Islamist terrorist group based mainly in northern Nigeria. It is considered very brutal and has no regard for people, whether children or adults.

The state of God in the sense of Boko Haram means founding a state that is completely subject to the will of Allah, i.e., Islam. In such an Islamic state of God, very strict laws prevail and only the men have rights.