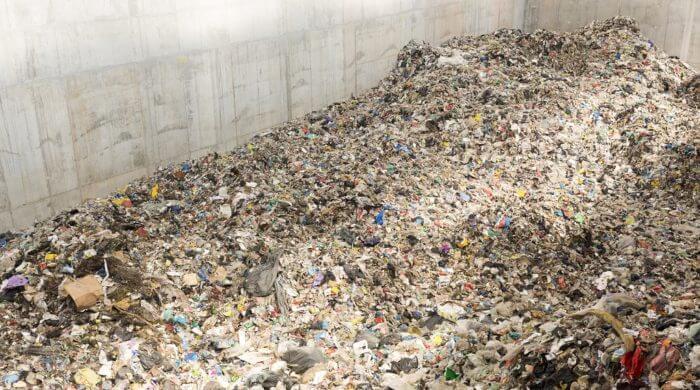 Packaging is part of everyday life for all of us. In fact, a lot of things are packaged twice, sometimes three times. We produce a lot of packaging waste in the process. And this waste has to be incinerated, which in turn damages the environment. Germany has now been given a sad title: We are the European garbage champion. No one in Europe produces as much trash as we Germans.

The Federal Ministry for the Environment has stated that increasing Internet trade is to blame for the fact that we Germans produce more waste than any other European country. Many of us order a great many things on the Internet. From new televisions to shoes, to food- everything is bought on the Internet these days. And these things have to be packed. Often the things are packaged and this packaging then comes once again in a cardboard box. As a result, we Germans produce more packaging waste than any other European country.

In 2013, every German, from grandma to baby, threw away an average of 213 kilograms of packaging waste. That was over 6 kilograms more than in 2012. This is damaging the environment and we have to ask ourselves whether packaging cannot be reduced somehow. For example, does a fresh cucumber that you buy necessarily have to be shrink-wrapped? Do the shoes we order online also have to be put in another box with their shoebox? If we start thinking about such things, then we will quickly get rid of the unattractive European championship title. Because we’d rather get the European championship title in soccer next year than in waste production.

The federal government has individual departments that are responsible for different issues in politics. These departments are called ministries and this Federal Ministry for the Environment is one of them. It takes care of the environmental policy.

Also interesting:
The Largest Meteorite Crater In The World