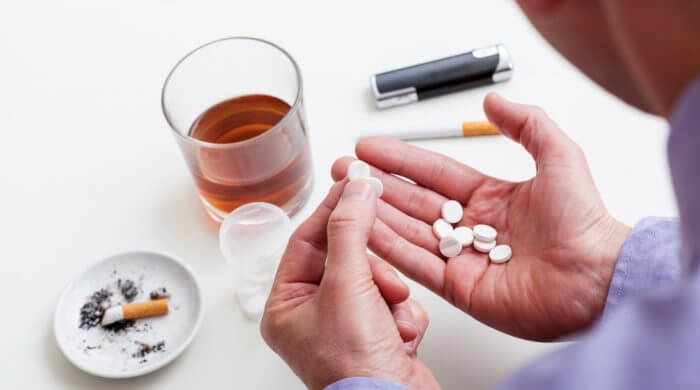 The Federal government has the 2015 Drug and Addiction Report available and it was presented yesterday by the Federal Drug Commissioner Marlene Mortler. The numbers that come out of this report are not very pretty. There were again tens of thousands of people who died as a result of smoking, alcohol, and drugs. In addition, there are hundreds of thousands who had to be treated in hospital as a result.

Alcohol abuse remains the biggest problem in Germany. More than 338,000 people had to be treated in hospitals for serious health problems caused by alcohol. In many cases, these illnesses end fatally and people have to die. The issue of cigarettes and nicotine is also still very topical and threatening. According to a new statistic, around 24.5 percent of all people in Germany regularly reach for a cigarette. That is almost every fourth person in our country. Although the number of smokers has decreased in recent years, the number of seriously ill and dead people due to nicotine consumption is still far too high. Unfortunately, people still do not really perceive the great danger posed by cigarettes, and too many children also reach for nicotine.

It is also alarming, as it appears from the 2015 Drug and Addiction Report, that the popularity of artificial drugs like Crystal Meth or Legal Highs is rising more and more. More and more people in Germany are coming into danger from artificial drugs and such psychoactive substances are considered absolutely IN. But the number of drug deaths is rising and rising. In 2014 alone, a total of 1032 people died because of their drug use. This is three percent more than the previous year and, unfortunately, minors are also affected. Crystal meth also saw a sharp rise in the number of addicts, again by 14 percent. The stimulant crystal meth is very quickly addictive and poses major health risks.

If you feel like it, you and your parents can go online to http://www.drogenbeauftragte.de/presse/pressemitteilungen/2015-02/drogen-und-suchtbericht-2015.html and read about everything in this new drug report.

Crystal meth is the short form for the English “crystal methamphetamine”. This is a form of the drug methamphetamine. Methamphetamine is a white, crystalline drug that is snorted (inhaled through the nose), smoked, or injected. It is also eaten. Crystal meth is a dangerous and highly potent chemical substance and, like all drugs, is a poison that initially stimulates but then systematically destroys the body.

Legal Highs are drugs offered as herbal blends, air fresheners, cleaners, bath salts, or ecstasy. These products are usually offered on the Internet, for example under the names Explosion or Poppers. They often contain intoxicants, stimulants, or similar chemical agents that are not shown on the packaging. Legal highs are consumed for intoxication purposes.