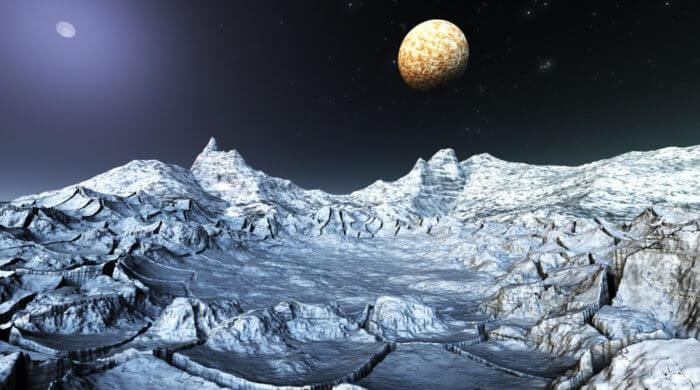 The Space probe New Horizons has been giving us fantastic images of the dwarf planet Pluto for months now, and the more images New Horizons sends us, the bigger and sharper our picture of Pluto becomes. The latest images of the NASA that the spacecraft sent to Earth stunned researchers and fans alike: Pluto has huge mountains with ice-covered peaks.

The Long Journey Of New Horizons

The starting signal for the mission of “New Horizons” was already given in January 2006 and it took about 9 years until the probe arrived at Pluto. It covered about 5 billion kilometers at a speed of 25,000 kilometers per hour. When “New Horizons” was launched, Pluto was still a planet- in the meantime, it was downgraded to a Dwarf planet downgraded. Nevertheless, the journey to Pluto is immensely important for space travel, as it is one of the most distant objects in our solar system. And it’s not just Pluto that has made the probe’s journey worthwhile: “New Horizons” took pictures of Jupiter, a picture of an erupting volcano on Jupiter’s moon Io, and will photograph not only Pluto but also its largest moon Charon before continuing on to the Kuiper Belt.

New Horizons Discovers Giant Glaciers On Pluto
The latest images from the spacecraft show razor-sharp images of huge mountains covered in ice and valleys surrounding the mountains that also have ice. This shows that Pluto has something like an ice cycle, that is, like on Earth, there is more ice at the poles and the weather on Pluto changes from day today. Until now, it was always assumed that Pluto was made up of ice everywhere because of its huge distance from the Sun and that there was almost no weather change there. But thanks to New Horizons, Pluto surprises us again and again with images from the far edge of our Solar system.

A Spacecraft is an unmanned object that flies through space to provide humans with new knowledge.

A Dwarf planet is not a full planet. It is much smaller than the planets in our solar system, and because of its small size, it has no atmosphere.

Our Solar system consists of 8 planets: Mercury, Venus, Earth, Mars, Jupiter, Saturn, Uranus, and Neptune. In former times also Pluto was called a planet, but because of its small size, it was counted to the dwarf planets in the meantime. Besides the planets and the dwarf planets and asteroids, there is still the sun, the star in our solar system, around which everything orbits.