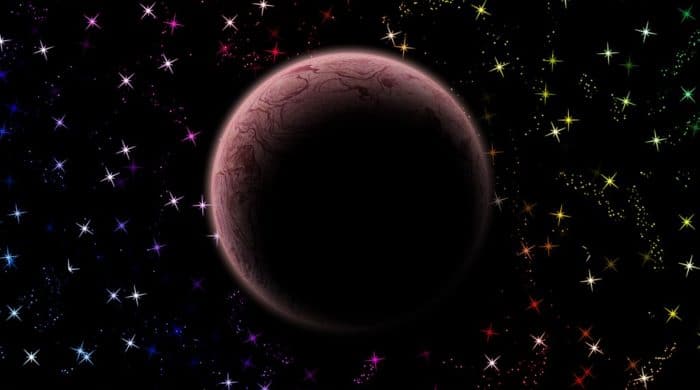 This week the time has finally come: The Spacecraft “New Horizons” finally reaches Pluto after more than 9 years of flight Dwarf planet Pluto and will send sharp images of Pluto to Earth for the first time starting tomorrow. First images from a far distance already amazed the viewers, because they revealed an unexpected detail: Pluto is not blue, as we had always imagined it – it is red.

The Dwarf Planet Pluto And The “New Horizons” Probe

When the space probe “New Horizons” (translated: “New Horizons”) flew off, Pluto was still one of 9 planets of our solar system, meanwhile, it is only a dwarf planet, however, it is nevertheless the last secret of our Solar system. And exactly that “New Horizons” is to reveal now. About Pluto, one knows actually quite little so far. Pluto was the outermost planet of our solar system for a long time until it was classified as a dwarf planet in 2006: Pluto is only one-third the size of our Moon, making it far too small to be a planet. It is so far from the Sun, at a distance of nearly 6 billion kilometers, that there is little light there. It is the dark and very cold places (average temperature is minus 220 degrees) at the end of the solar system where Pluto is at home, and that is why there have been no clear images of Pluto until now because it is so far away that it has only been possible to take photos from very far away, where you can only see a point of light. “New Horizons” will change that and for the first time take sharp images from as close as 12,000 kilometers away, giving us a view of Pluto that we’ve never had before in human history and may never have again.

What Surprises Await Us?

Although “New Horizons” is racing through space at a record speed of around 50,000 kilometers per hour, the journey took more than nine years. But it has already been worth it because two weeks ago, the first images from far away showed that Pluto has a reddish color – similar to Mars. Nobody knows why this is so because Mars “rusts”, which is hardly possible with Pluto because of the low temperatures. Researchers also hope to detect ice on Pluto or possibly discover more moons of Pluto and create a map of the dwarf planet. And after that, “New Horizons” will fly onto the Kuiper belt and enter new territory again.

A Space probe is an unmanned flying object that penetrates far into space and takes pictures for research purposes.

Besides the 8 planets in our solar system (Mercury, Venus, Earth, Mars, Jupiter, Saturn, Uranus, Neptune) there are still some Dwarf planets like Ceres or Pluto. These are called so because they are clearly smaller than the other planets and already on the basis of their size and their mass are not considered as a planet.

Also interesting:
Every Child Should Have Citizenship

A Solar system always consists of a star (like our sun) and the objects (like planets, dwarf planets, asteroids), which orbit around the star.

The Kuiper Belt is a collection of asteroids and rocks orbiting the Sun at the very edge of our solar system. Pluto lies at the edge of the Kuiper belt.