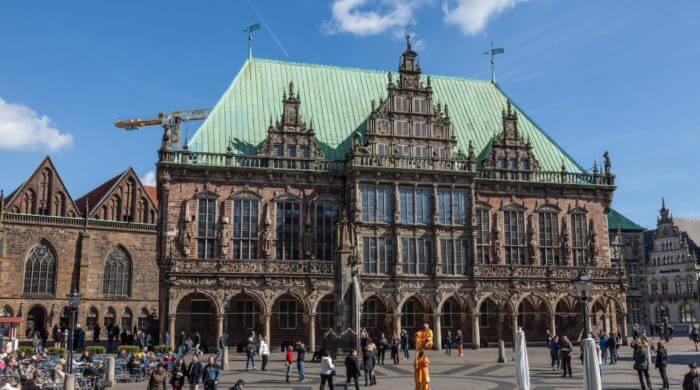 The Federal state Bremen, Germany’s smallest state, is getting a new mayor. In the election, last Sunday, the previous Mayor Jens Böhrnsen with his party SPD won the election but lost many votes compared to the last election. Therefore, he now gives up his office and another must be appointed mayor in Bremen City Hall.

Head Of Government And Mayor

The mayor of Bremen is also the head of government of the state of Bremen and is, therefore, the most important man in the parliament of the state of Bremen. The state of Bremen includes the cities of Bremen and Bremerhaven. Until now Jens Böhrnsen was this man, but because his party lost so many votes in the election, he now no longer wants to be mayor and head of government in the Parliament of Bremen, as the parliament is also called there. He has said that the many votes lost are his fault and he, therefore, wants to make way for someone else from his party. His party should now make a different policy and then achieve a better result in the next election in four years. However, it must also be said that since the Federal Republic of Germany came into existence, i.e. since 1949, the SPD has always provided the mayor in Bremen. However, this time they have achieved the worst result since that time.

Jens Böhrnsen has now been mayor of Bremen for almost ten years. Before becoming a politician, the now 65-year-old worked as a judge. Now he is quitting and will no longer work. Now he has much more time for his wife and his four children, but they are all grown up themselves. You never saw much of Mayor Böhrnsen on television, and many people in Germany didn’t know him at all, or only very little. This is also due to the fact that Bremen is just a very small state and therefore does not appear so often in the news.

Bremerhaven is one of the largest European port cities with its overseas port area. Bremerhaven is the only major German city located on the North Sea.

The Mayor is the head of the administration of a municipality or city.

The SPD, with the full name Social Democratic Party of Germany, is a German people’s party and the oldest party in Germany, which is represented in parliament. It is currently involved in government in a total of fourteen states, in nine of which it provides the head of government. At the federal level, it participates in the federal government in a coalition with the Union parties.

The people in the Parliament of Bremen vote on new laws, for example. This is also where decisions are made about what children should learn in schools in the state of Bremen and how. But also many other things are decided there. How much money can be spent to build new schools, for example, and much more.