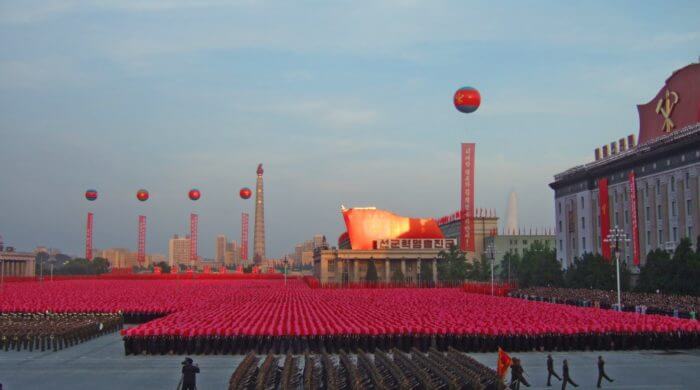 North Korea is said to have fired 3 missiles towards the Sea of Japan again. It is the third time this year that the country has fired such missiles for testing purposes. Just last week, North Korea fired a missile from a submarine, drawing concern and criticism from South Korea and the United States. The missiles had a range of just under 100 kilometers.

Korea has been a divided country since 1948. The North had tried to take the South by force in 1951, resulting in the Korean War. Since the end of the Korean War in 1953, there have been two states: North Korea and South Korea. The two governments almost do not speak to each other and a Reunification 1990 German reunification is hardly imaginable at the moment. The North is poor, but has a large army and also Nuclear weapons. The South is rich and is under the protection of the USA, North Korea’s arch-enemy.

Also interesting:
Law For Children Of Children Gets A Prize

Missile Tests As Deterrence And Provocation

With the missile tests, North Korean ruler Kim Jong-Un wants to challenge the South Korean neighbors and especially the USA. It is clear that North Korea cannot match the military strength of the U.S., but it has become part of North Korean culture to provoke the U.S. from time to time. There are several reasons for this: First, in a country like North Korea, where there is a lot of poverty and you are not allowed to speak your mind freely, you have to give people something to be proud of. And when you take on stronger people, it gives them courage and they rely more on their leader Kim Jong-Un. On the other hand, the leadership in North Korea’s capital Pyongyang is using this to distract attention from other, actually important, issues for which it itself knows no solution. First and foremost is the fact that North Korea is currently experiencing the worst drought in almost 100 years, and since North Korea is largely self-sufficient, such a Drought is a catastrophe.

A Reunification provides for the merger of two states into one. In Germany, there have also been two states since 1949: The GDR (German Democratic Republic) and the FRG (Federal Republic of Germany). It was not until 1990 that the two states became one again and this is called German reunification. In Korea, it will probably take many more years before reunification is possible.

Nuclear weapons are the strongest and worst weapons there are. They can destroy entire cities and the radioactive radiation produced by the explosion is usually lethal to humans.

A Drought is a time when it is very dry, so hardly any rain falls and therefore hardly any plants can grow. However, a country like North Korea is heavily dependent on agriculture.