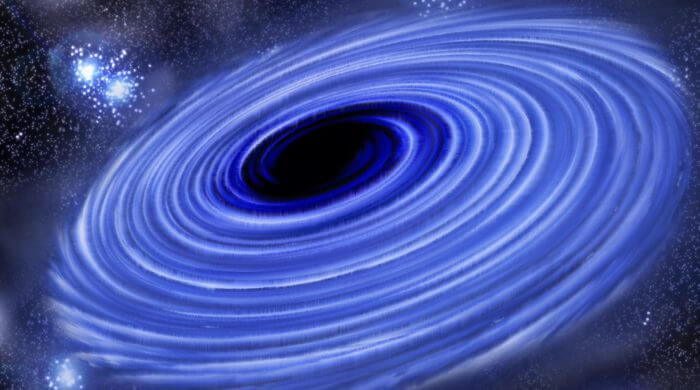 Stephen Hawking is a phenomenon: The man has been in a wheelchair since 1968 and his illness has not only taken away his ability to walk, but also his ability to speak. And yet, for the brilliant physicist, this is no reason to stop researching and continue to come up with new theories about the mysteries of space. Now Hawking has come up with some new theories about his favorite object in the Universe set up: The black hole.

Stephen Hawking: One Of The Smartest Minds In The World

Born in England in 1942, Stephen Hawking studied at Oxford University and then taught as a professor at Cambridge University. In 1963, he was diagnosed with ALS, a disease that attacks the nervous system, causing people to lose control of their muscles. Since 1968, Hawking has been unable to walk and his body continues to deteriorate, but not his brain. Today, he is considered one of the smartest people on the planet and has come up with some groundbreaking theories about the universe and the origin of the universe.

A Black Hole: The Most Destructive Force In The Universe

A black hole is formed when a large massive star (our sun is a very small star) reaches the end of its life and collapses. The large mass attracts other objects like planets or other stars and swallows them literally. The Gravity mass of a black hole is so large that it even swallows the light. It seems as if black holes have so much mass inside them in the smallest space that everything that is pulled in never comes out again.

Hawking: “There Is A Way Out Of A Black Hole”

At a lecture on black holes, Hawking now revealed his new theories about black holes. And he meanwhile thinks that there is very well a way out of a black hole. Until now, it was assumed that everything that gets too close to a black hole is destroyed forever. Hawking thinks there is a way out or there is a way through. However one would be a two-dimensional hologram, if one comes out again, the information remains preserved in another form. If one comes through, one lands according to Hawking in another dimension. Crazy as always with Hawking, but quite possible – probably we will never know the truth.

Also interesting:
Tens Of Thousands Of Refugees In One Day: Munich Reaches Its Limits

The Universe includes the totality of all-stars, planets, galaxies, and all matter that exists.

The Gravity (also called gravitational force) is the mutual attraction of the masses. Gravitation is the all-determining size in the universe. Without gravity, we humans would not exist.