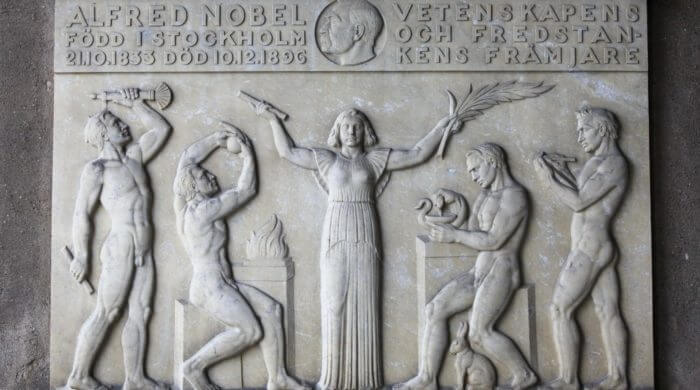 These days numerous Nobel Prizes have been awarded, most of them in Stockholm, the Swedish capital. The Nobel Prizes for Physics and for Medicine are the most important prizes awarded worldwide and honor the greatest achievements of mankind year after year. But one Nobel Prize is not awarded in Sweden, but in Norway, more precisely in the Norwegian capital Oslo: the Nobel Peace Prize.

The Nobel Peace Prize has been awarded since 1901. Its inventor, Alfred Nobel, wanted the prize to go each year to the person who had done “the most for the fraternization of peoples.” His hope was that someday there would be no more wars in the world and that people all over the world would get along and abolish or at least reduce the size of their armies. The Nobel Peace Prize can also be awarded to organizations- in 2012, for example, the European Union received the prize.

Nobel Prize 2015 Goes To The Tunisian Quartet For National Dialogue

This year, the Nobel Peace Prize was awarded to the Tunisian “Quartet for National Dialogue”. This consists of the Tunisian Trade Union Confederation, the Employers’ Association, the Human Rights League, and the Bar Association. These four joined forces in the summer of 2013 to work for a peaceful and lasting solution for Tunisia while the country was then on the brink of civil war. Therefore, they have contributed a lot to the fact that there was no war in Tunisia 3 years ago, according to words of praise from Oslo. There was also praise and recognition from the German government: Chancellor Angela Merkel had also been mentioned as a possible winner of the Nobel Peace Prize in advance, but she had not won.

The Nobel Prize is an award that has been presented since 1901 and was established by the Swedish inventor and scientist Alfred Nobel. The prize is awarded annually in the 5 categories of physics, chemistry, medicine, literature, and peace efforts.

The European Union (EU) is an association of European states for the purpose of maintaining peace and strengthening economic relations among themselves. The EU exists since 1992, its predecessor was the European Economic Community (EEC) in 1957.