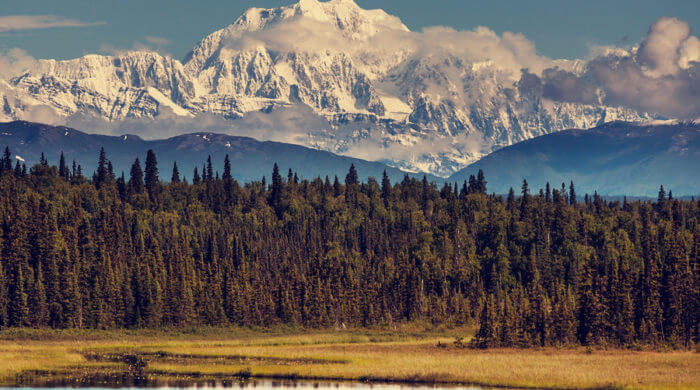 The highest mountain of North America is in Alaska and is called Mount McKinley. The mountain is 6,168 meters high. But now the mountain gets another name. In the future, it will be called “Denali”. This word comes from the language of the Athabascan Indian and means “the great one”.

For most of the native people of Alaska, whether children or adults, Mount McKinley, or rather Denali, has always been a sacred mountain. However, the government of the United States, of which Alaska is a part, simply named the mountain Mount McKinley more than 100 years ago without asking the Native Americans. This was done in memory of William McKinley, a former president of the country.

Shortly before his trip to Alaska, the current president of the USA, Barak Obama, has now promised that the mountain will get its old name again. This pleases the people who live there very much because they see it as a sign of respect and culture of the native people.

The Athabascan Indian people who live in Alaska are also called Northern Athabascans. The Athabascans have always been nomadic hunter-gatherers or semi-nomadic fishermen. In their free time, singing and dancing were and are very important to the Athabascans.