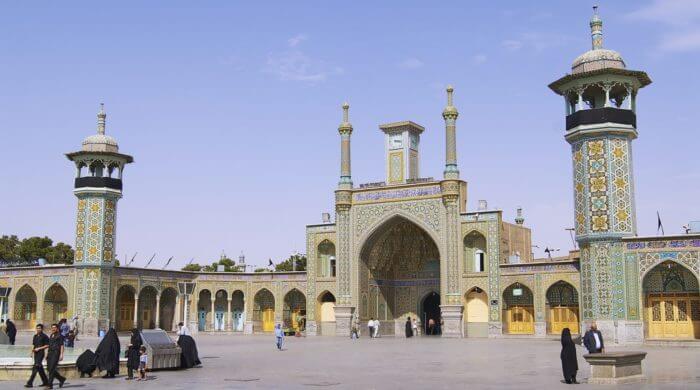 The years-long nuclear dispute with Iran has finally ended. The United Nations agreed with Iran on a restriction of the Iranian nuclear program. This clears the way for the West to move closer to Iran and normalize relations with the country. In theory, at least: There is still a lot of skepticism, dislike, and even hatred on both sides, and so even the agreement was only the first step toward improving the more than tense relationship with a country that takes itself far too seriously.

Agreement After Many Years: Only Peaceful Use Of Energy

The goal of the negotiations has always been that Iran may only use nuclear power for power plants and not for the construction of Atomic bombs. And so the nearly 100-page paper that has now been agreed states that Iran will only be allowed to use Uranium may only enrich 3.69 percent of its nuclear fuel and only in small quantities. A nuclear bomb requires uranium enriched to 90 percent. Also, the uranium stockpile is drastically reduced and a reactor is modified so that it can no longer operate with Plutonium and can only work with uranium. The Arms embargo will remain in place for at least 5 years. The International Atomic Energy Agency (IAEA) will regularly monitor whether Iran is complying with the agreements and if it does, they will be Economic sanctions Lifted piece by piece.

Skepticism And Discord On Both Sides

Both the “5+1” group, as well as Iran, are not entirely satisfied with the outcome. Many countries do not believe that Iran will abide by the agreements, and Iran, through its spiritual leader Khamenei, has already announced that it considers the agreement a defeat for the United States and Israel (both of which are hated in Iran). It remains to be seen how it will develop, but in any case, the agreement is a big step towards lasting peace in the region.

The United Nations (also known as the UN) is a worldwide organization whose goals include securing world peace or fighting poverty and hunger in the world. Almost all countries of the world belong to it.

Nuclear bombs are the strongest and worst bombs in the world. They can destroy entire cities and also spread radioactive radiation, causing the survivors of the bomb to become ill or die later from radiation poisoning.

Uranium and Plutonium are substances that are radioactive, which means they spread radiation that is deadly to humans. However, these substances are very suitable for energy production and are therefore used in a nuclear power plant to generate electricity, but under safety regulations so that they cannot be dangerous to humans.

A-Arms embargo of the UN states that no weapons may be sold to a country or given by that country to others.

The “5+1” group includes the 5 permanent members of the UN Security Council (USA, England, France, China, and Russia) plus Germany.