Home » Child » Kids news » Number Of Divorces In Germany Down 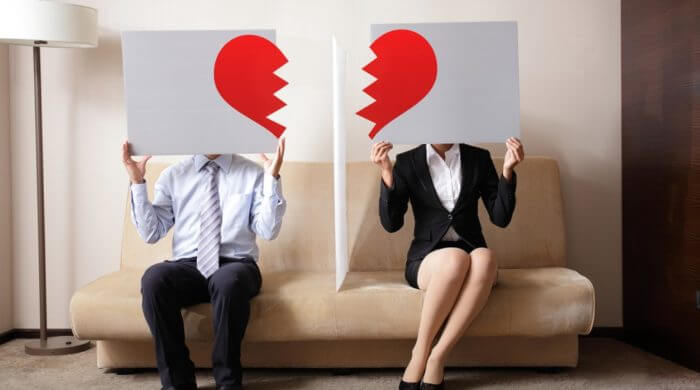 In Germany, it is becoming increasingly rare for a Divorce. The number of divorces has decreased significantly in the last ten years. Married couples now seem to be better at solving problems together and are giving their marriage a chance.

Over the past ten years, the number of divorces in Germany has dropped significantly. Ten years ago, the number was still 200,000 divorces per year, and now it’s only 170,000. So it looks like married couples are solving their problems better together and giving their marriage another chance more often. That may be the case, but it doesn’t have to be. Because it also has to be said that the number of marriages has become significantly less, so fewer and fewer people are getting married. Last year, 2015, the number of divorces fell to its lowest level since 1994, and so far this year, 2016, is also looking very good.

Amazing Numbers In The Statistics

If it comes to a divorce, then the statistics show that more and more often it is the woman who makes the first move and files for divorce. In 52 percent of divorces, the woman wanted a divorce and only 40 percent of men made the first move. In the remaining 8 percent, the Divorce petition divorce was filed jointly by both. Unfortunately, however, children are always involved in divorces, and this is the case in almost half of all divorces. Especially for children, this is in most cases a bad experience, because these children are children who are still under 18 years old. What is surprising, however, is that the duration of the marriage before a divorce is getting longer. 20 years ago a marriage lasted on average about 12 years and now it is almost 15 years before a divorce occurs. The women and men who get divorced are also getting older. At the time of a divorce, the average woman is almost 43 years old and the average man is almost 46 years old.

Also interesting:
Concern About The Development Of Politics In Poland

One speaks of a Divorce is when a marriage is dissolved before the law and the two spouses separate. Divorce is possible in all states of the world, except in the Philippines and the Vatican City State.

A Divorce petition must always be filed with a lawyer. This lawyer then sends the application to the court and the court then decides when a marriage can be divorced.