Home > Child > Kids news > May 1: One Of The Most Important Holidays In Germany 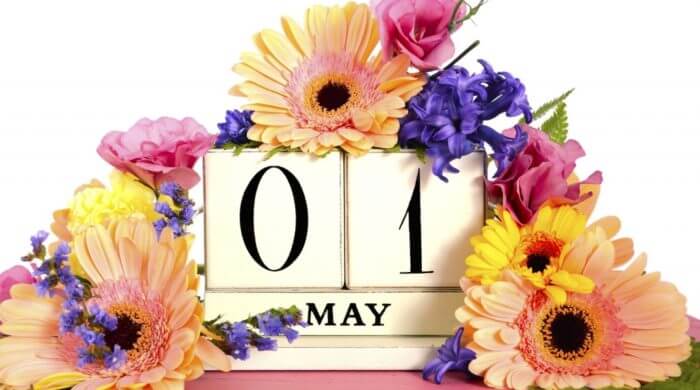 May 1, along with October 3, the “German Unity Day”, one of the most important public holidays in Germany. May 1 is also called “Labor Day” and is dedicated to the workers in Germany. In addition to Germany, May 1 is also a public holiday in Austria, Switzerland, Liechtenstein, Belgium, and other countries. May 1 is also used politically, with many people taking to the streets on this day to protest for better conditions at work.

The History Of May Day In Germany

Initially, May 1 was a day on which people Workers’ unions took to the streets, also in other countries. This involved strikes in the USA, for example, with sometimes very violent clashes between the workers and the police. This was no different in Germany. When May 1, 1919, was the Weimar Republic was celebrated, many people were against it, and in 1929 there were even street fights that lasted for 3 days and even claimed lives. In the period of National Socialism, the day finally became a public holiday. At that time it was called “National Labor Day”. After the war, May Day remained a public holiday and is still celebrated today.

Today, May Day is mainly used by workers’ associations to demonstrate more justice at work. In almost all major cities in Germany, rallies are held on May 1, with demands to employers and politicians on posters. In addition to these rallies, in recent years there are also riots on May 1. The rioters often set cars on fire and destroy and loot stores. Especially in Berlin and Hamburg, the riots are usually particularly violent and there are always injuries and damage in the millions.

The “Day of German unity” is celebrated on October 3 because on October 3, 1990, the Federal Republic of Germany and the German Democratic Republic (GDR) merged into a single country.

There are public holidays and church holidays. With the legal holidays, citizens in Germany have off, with the ecclesiastical sometimes not.

Workers’ associations are associations of many workers who work in the same or similar category, such as workers in the automotive industry.

The Weimar Republic is the predecessor of the Federal Republic of Germany. It existed between 1919 and 1945.

National Socialism is the term used to describe the period between 1933 and 1945 when the NSDAP party ruled Germany alone. It and its leader Adolf Hitler is responsible for the outbreak of World War 2, in which about 55 million people died.