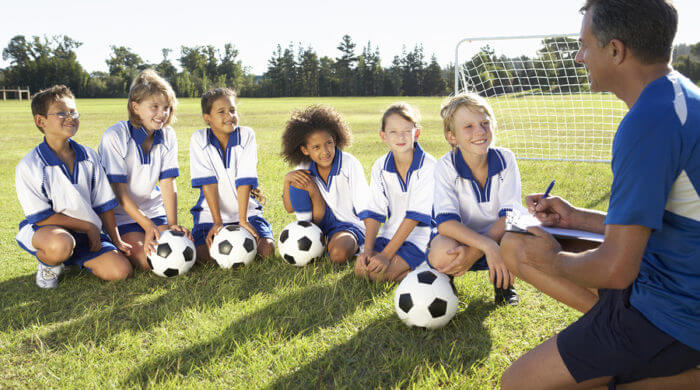 Hello kids. Do any of you play soccer? If yes, then you surely know the situation that parents, maybe even yours, are constantly yelling in from outside, scolding the referee or the opponent. For the children, this is often mega embarrassing and also very unsportsmanlike.

Games In The Fair Play League

Not only referees are annoyed by such parents, but often the children themselves. They just want to play soccer and have fun doing it. Some parents, however, believe that even the little ones are already playing for world championship honors. But that is about to change because in many regions teams of the F-Youth now play in the so-called Fair Play League. The name of this league is derived from Fair-Play derived.

Parents Should No Longer Be Able To Intervene So Much

The sense of this league is quite simple. One wants to achieve that the parents can intervene as little as possible in the game of the children and no longer interfere so often. Therefore, these games take place without referees and the children on the field decide for themselves. Another new rule is that the coaches of the two teams stand together on the sidelines and the parents and other spectators must keep at least 15 meters away from the playing field. This rule is valid from the season that is starting now and every playing group of each district must now be played according to these rules.

Also interesting:
Christmas Is Not Over Yet

At F-Youth in sports means teams consisting of players between the ages of 7 and 9. Older children are not allowed to play in this age group.

The term Fair-Play is used to describe sporting behavior that not only involves observing the rules in force. Fair play also stands for respect for the opponent.