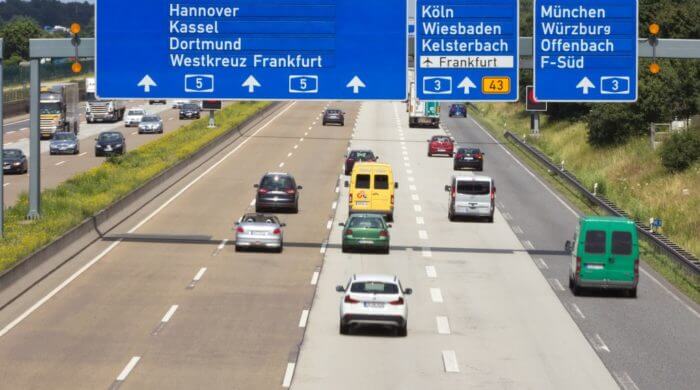 Last Friday the German Bundestag decided to introduce here in Germany a Passenger car toll for our highways. This has already led to many discussions in the past because many people think this toll is nonsense. But the German drivers don’t have to pay more, because they have to pay less tax for their car. But the other countries in Europe are not happy about this at all and even consider it forbidden.

In other countries, there is such a toll already for many years. Maybe you know this from a trip by car on vacation. In Austria, for example, you always have to buy such a sticker and stick it on the window of the car, so that you are allowed to drive on the highway there. But there, everyone has to pay, not just drivers from abroad. In our country, German drivers pay such a toll once a year, but in return, they pay fewer taxes for the car. Many people in Europe, but also in Germany, do not like this. They think that people from abroad are disadvantaged here. But the Bundestag has now decided anyway that from 2016 money will have to be paid for the use of German freeways.

What Is The Toll Supposed To Be Good For?

The German Minister of Transport wants to use the money collected through the toll to repair the roads in Germany. Many highways are no longer in good condition and there are many holes or bridges that need to be urgently renovated. But whether this money will be enough, that may be doubted. Many fear that the cost of organizing this toll alone will be very high and in the end, there will be no money left to repair the roads. One may be already curious now, who will be right. The politicians who absolutely want to have this toll or those who warned against it.

The Car toll is a fee that must be paid to use certain roads. This term comes from the old word mota or muta and means road money.

The Bundestag is the parliament of the Federal Republic of Germany. The Bundestag has a variety of tasks: It has the legislative function, that is, it creates federal law and amends the Basic Law, the Constitution.

Also interesting:
The WLAN Barbie Can Listen To Everything