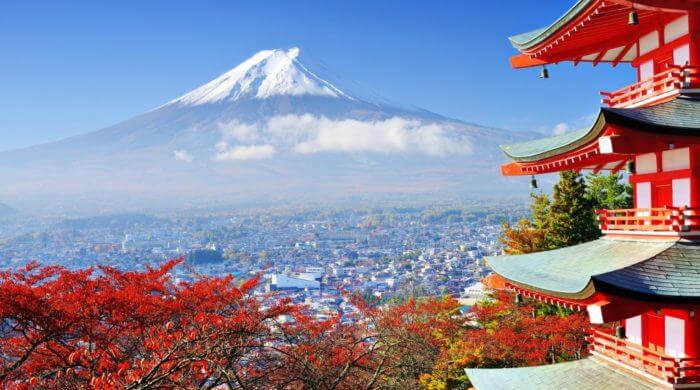 The fear of the people in Japan from a powerful Earthquake is growing. There have been several earthquakes there recently, and the Shindake volcano has also erupted. This all points to a great change in the Earth’s crust and could result in a powerful earthquake that would destroy a great deal.

In the last few days, there were several quakes in Japan and especially the city of Tokyo felt this clearly. An earthquake with a magnitude of 7.8 caused some skyscrapers in the Japanese capital to shake. The center of the earthquake was about 870 kilometers south of Tokyo in the middle of the Pacific Ocean at a depth of 680 kilometers. In Tokyo, however, the quake caused train traffic to be stopped for a short time, and no planes were allowed to land or take off at the airport.

Experts Warn Of A Powerful Earthquake

Some experts fear that there could soon be an earthquake in Japan so powerful that it would not only destroy a lot but could also greatly change the country itself and life there for a long time. One location is particularly dangerous for Japan because it lies on what is known as the Pacific Ring of Fire. At this point, several Continental plates collide and that is why there are earthquakes in the country every now and then. People remember especially March 2011, when a quake there caused terrible damage. First, a tsunami hit the country and more than 18,000 people died. In addition, the Fukushima nuclear power plant was also severely damaged and there was a very bad nuclear accident. Therefore, it is also understandable that the people in Japan are now very afraid again.

Japan is a 6852-island East Asian nation in the Pacific Ocean that indirectly borders Russia to the north, North Korea and South Korea to the west, China to the northwest, and Taiwan to the southwest.

Earthquakes are measurable tremors of the earth’s body. Earthquakes do not usually consist of a single shaking, but usually, entail others. In this context, we speak of foreshocks and aftershocks with reference to a stronger main earthquake.

Each continent, e.g. Europe, America, Africa, etc., is located on a Continental plate. These continental plates move slightly and often collide with each other. This is called continental drift and then leads to volcanic eruptions or earthquakes.