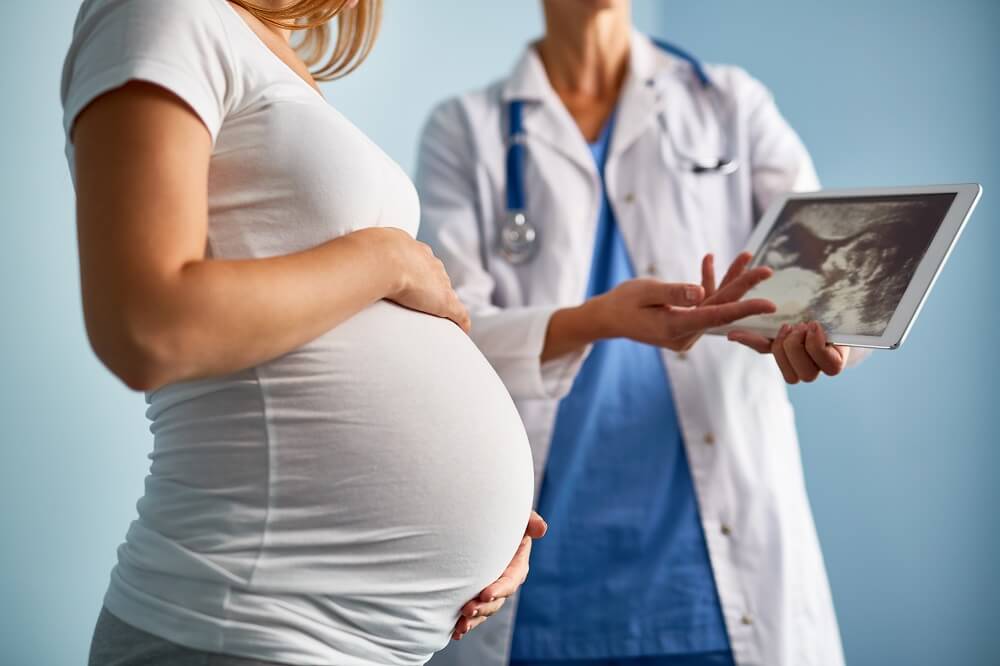 What Is Placenta Accreta?

Placenta accreta is a serious pregnancy complication because it usually leads to heavy bleeding at birth because the placenta cannot detach on its own.

What Is The Importance Of The Placenta In Caring For The Baby?

The placenta consists of tissue from the mother and the baby and is already formed in the first weeks of pregnancy. With the chorionic villi, the placenta adheres to the uterine wall.

The placenta has the following functions:

The effectiveness of the placental barrier depends on the size and properties of the molecules that wish to pass through the barrier. Many toxins are retained by the placental barrier. However, alcohol, nicotine, and various drugs can pass unimpeded from the mother’s bloodstream to the baby’s bloodstream. Pathogens can also be passed on to the child. Developmental disorders or miscarriages can be the result.

Also interesting:
Indian Bridge: With This Method, You Can Make Your Baby Turn

As pregnancy progresses, not only the child grows, but also the placenta. Around the time of birth, the placenta weighs about 500 grams, measures about 20 centimeters in diameter, and has a thickness of two to five centimeters.

From the very beginning, the placenta has to control its own growth and adapt its functionality to the needs of the baby. It thus assumes a special function compared to other organs. After birth, the placenta usually detaches from the uterine wall and is expelled by the afterbirth (afterbirth).

During the healing and regression phase after the afterbirth is expelled, the blood vessels that connect the mother’s body to the placenta close.

How Does A Placenta Accreta Form?

In placenta accreta, the solution disorder of the placenta develops at the very beginning of pregnancy. The placenta does not just grow into the uterine mucosa – as would be normal – but connects with the uterine muscles.

Like all hollow organs, the uterus consists of three layers of tissue:

During pregnancy, the endometrium is also called the decidua or the decidua. In the presence of a placenta accreta, this means in medical language that the tissue of the placenta has penetrated the decidua.

During each of the prenatal checkups, the doctor checks the position of the placenta and assesses whether there could be complications during delivery. Learn more about the last prenatal checkups during your pregnancy here.

What Are The Causes Of Placenta Accreta?

Placenta accreta often occurs with placenta praevia (placenta previa), which is understood to be a deep attachment of the placenta.

How Common Is Placenta Accreta?

Placenta accreta is very rare. According to U.S. data, it occurs in 1 in 500 to 1 in 2,500 births. As the number of cesarean sections increases, so do the cases.

What Is Placenta Praevia?

A placenta praevia, or anterior placenta, is a positional abnormality of the placenta in which it pushes in front of and partially or completely covers the internal cervix.

The malposition of the placenta can be pronounced in different ways:

In the case of placenta praevia, the course of pregnancy should be closely monitored. Patients are often prescribed strict bed rest and should avoid physical stress.

Also interesting:
Antibiotics During Pregnancy - What You Need To Know About Amoxicillin & Co

Vaginal delivery is not possible if the placenta completely covers the cervix. In this case, delivery is always by cesarean section. This should be done before the onset of labor to reduce the risk of bleeding. Even if there are no symptoms, a cesarean section is usually planned for as early as the 36th or 37th week of pregnancy.Here you can find out more about the special features of placenta praevia.

What Are The Risk Factors For Placenta Accreta?

Pregnant women are more likely to develop placenta accreta in the following cases:

Often, placenta accreta is not associated with any discomfort or symptoms during pregnancy. Thus, the expectant mother usually does not feel anything. In the last trimester of pregnancy, vaginal bleeding may occur, which must be checked by a doctor immediately. Your gynecologist will always consider placenta accreta and/or placenta praevia as the cause of these symptoms and examine you accordingly.

Initially, there is no danger for the baby or a deficiency in supply. However, if you experience heavy bleeding before the expected delivery date, it may be necessary to terminate the pregnancy prematurely. Bleeding usually only occurs at a time when the child is safely viable

Also interesting:
Getting Your Period During Pregnancy: Is This Normal?

What Are The Treatment Options?

In natural birth, the placenta is detached manually. This often requires curettage (scraping). In principle, natural birth is possible with a placenta accreta if no placenta praevia is blocking the birth canal.

A placenta increta or percreta, on the other hand, always requires a cesarean section. If placenta accreta is discovered before birth, the baby is first delivered by cesarean section and then the placenta or – in severe cases – the entire uterus including the placenta is removed. If the placenta cannot be detached from the uterine wall, removal of the uterus (hysterectomy) is inevitable.

Learn more about which placenta positions require a cesarean section. Read our article on the position of the placenta at 30 weeks of pregnancy to learn more.

Pregnant women with placenta accreta should plan for earlier delivery date. If a cesarean section is under discussion, it is usually performed between 34 and 36 weeks of pregnancy.

Due to heavy bleeding, affected women sometimes require a blood transfusion to compensate for blood loss. Expert treatment is therefore required. Not every woman is affected by heavy bleeding. Placenta accreta can occur in a variety of forms.

What Are The Consequences For Later Births?

Women who have already had placenta accreta are often recommended a cesarean section for subsequent pregnancies, although the problem does not necessarily recur in the next pregnancy. Your doctor will pay special attention to placental abnormalities (placenta accreta or placenta praevia) during ultrasound examinations. If there is no abnormality, a cesarean section is not necessary.

Placenta accreta is an abnormal attachment of the chorionic villi to the uterine wall, in which the placental tissue grows into the uterine muscles. During childbirth, undetected placenta accreta can be dangerous because the placenta cannot detach on its own, delaying the birth process and causing heavy bleeding. Doctors usually recommend a cesarean section. In subsequent pregnancies, this placental anomaly does not necessarily have to recur, although the risk is increased.