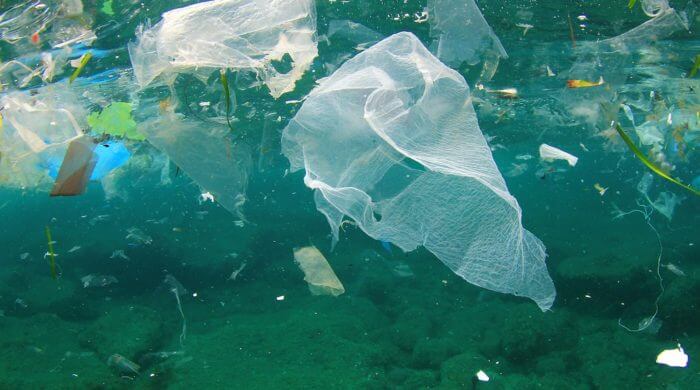 Researchers at the Alfred Wegener Institute (AWI) have found a devastating amount of plastic waste in Arctic waters. The plastic waste, which is effectively non-degradable, floats on the water surface and also accumulates on the seabed. Microplastics in particular are a danger to arctic sea dwellers. The question of how plastic waste could get into the Arctic has not yet been clarified.

The Plastic Waste In Our Oceans Is Harming Ourselves

The oceans are an important habitat for animals and plants. They also bind carbon dioxide and provide oxygen, a prerequisite for life. The more plastic waste we produce and the more of it ends up in the oceans, the greater the threat to us humans and our planet. Last but not least, plastic waste ultimately ends up on our plates and thus in our bodies via fish and seafood.

The Garbage Island And What You Can Do About It

There is even an island in the middle of the ocean, the so-called garbage island. There is a gigantic stream of garbage drifting through our oceans and at some points, it accumulates into huge piles of garbage. You too can do your part to help save our oceans. Take a cloth bag or shopping basket with you when you go shopping instead of buying a plastic bag every time. Separate trash consistently. Use regular dishes at parties instead of plastic plates, knives and forks. Drink water from the tap instead of plastic bottles. There are endless ways to take action before it’s too late! Then not only the animals in the sea will live longer, but also we humans. And let’s be honest: Do you want to go swimming in the ocean if there’s trash floating in it?

Arctic sea creatures are animals and other living creatures such as plants that live in the sea in the area of the North Pole or the South Pole. These include, for example, the penguins or even polar bears.