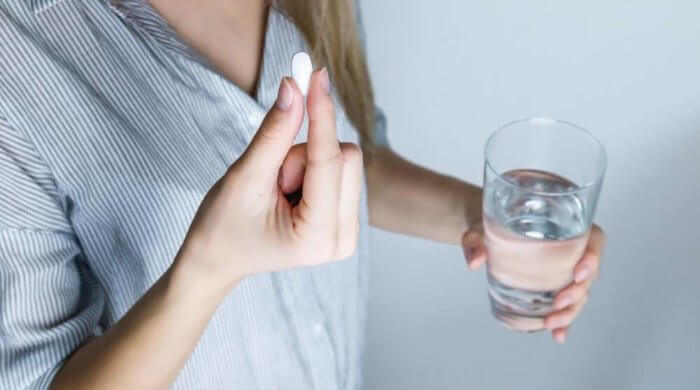 Magnesium is considered one of the most important minerals, which is essential and vital for humans. Since the body cannot produce magnesium itself, it must be added through food. In principle, magnesium is very important for healthy bone and muscle formation. It is also significantly involved in the exchange of the metabolism. In this article you will learn why magnesium is so important during pregnancy and what risks a deficiency can lead to.

Daily Magnesium Requirement Of A Woman

Magnesium is known for a healthy bone structure as well as healthy teeth. The mineral is considered to be an antagonist of calcium, thus contributing to muscle relaxation.

It is also involved in one of the common processes of energy metabolism. It activates the fuel of the cells or the so-called adenosine triphosphate. This is particularly essential for muscle activity. In addition, magnesium is involved in about 300 enzyme reactions in the metabolic exchange between carbohydrates, proteins and fats.

Why Is There An Increased Need For Magnesium During Pregnancy?

What Are The Consequences Of A Deficiency Of Magnesium In Pregnancy?

A deficiency of magnesium in pregnancy can have high effects on the female body.

Among other things, this leads to severe calf cramps, under which a magnesium deficiency is known. Furthermore, severe abdominal pain may occur due to the contraction of the uterus.

A deficiency of magnesium in pregnancy can also manifest itself through severe heart palpitations as well as exhaustion and stress. This can lead to headaches and a lower ability to work under pressure or a general lack of performance.

Also interesting:
A Hard Belly During Pregnancy? That Is Behind It

Often, a deficiency of magnesium can also cause mental illnesses such as depression. The mineral can be used here as an accompanying therapy.

Furthermore, sleep disorders are an important cause of magnesium deficiency. Since magnesium has a positive effect on the release of stress hormones, it also serves to promote balanced sleep.

In case of emergency, premature birth can occur. Due to the contractions, there can be cramping in the uterus, which can trigger premature birth. Various studies show that a sufficient supply of magnesium can prevent premature births. Therefore, in case of premature labor, it is important to seek medical advice in time.

Due to the balancing effect of magnesium on the cardiovascular system, a magnesium deficiency can lead to a risk of gestational hypertension.

As a result of gestational hypertension, a condition called pre-eclampsia can occur. This condition can lead to protein in the urine as well as more severe edema (water retention in the tissues).

Does A Balanced Diet Provide Enough Magnesium During Pregnancy?

Also interesting:
All Articles About Pregnancy Complications At A Glance

Magnesium Intake As A Precaution?

Many experts and doctors advise an additional intake of magnesium during pregnancy. This can counteract the aforementioned consequences of a deficiency as a preventive measure.

There is a particularly high amount of magnesium in foods such as cocoa, wheat germ, soy flour, rice, tea, almonds, peanuts, hazelnuts and mixed bread. Cocoa, for example, contains 415 mg of magnesium per 100 grams.

Organic magnesium contains carbon and hydrogen atoms. The best known among them is magnesium citrate. It is a magnesium citrate of citric acid. Due to the high bioavailability of 80-90%, it is often used for taking a preparation.

Meanwhile, inorganic magnesium has a bioavailability of only 30%. Here, the most common form offered in pharmacies is magnesium oxide. This is especially recommended for heartburn.

Tips For The Intake

The Right Time Of Day

In general, magnesium can be taken at any time of day. The intervals between meals are not relevant. Preparations can be taken once a day as well as 2-3 times a day.

Consideration Of Other Medications

When taking magnesium, medications such as certain antibiotics should be considered. Alcohol also belongs to a “magnesium robber”, which is a taboo in pregnancy anyway.

The Right Ratio Between Magnesium And Calcium

As already described, calcium is an important antagonist of magnesium. Especially in the case of a magnesium deficiency during pregnancy, the ratio of the two components should be correct. However, problems with the two counterparts only occur in the event of an overdose of both components. Here it is important to follow the dosage recommendations.

If a preparation is used for prevention or therapy, a value of up to 600-700 grams of magnesium is considered safe. Excess magnesium only occurs in rare cases such as chronic kidney failure.

As A General Rule:

3 thoughts on “Premature Birth Due To A Lack Of Magnesium In Pregnancy? – This Is Why Magnesium Is So Important”