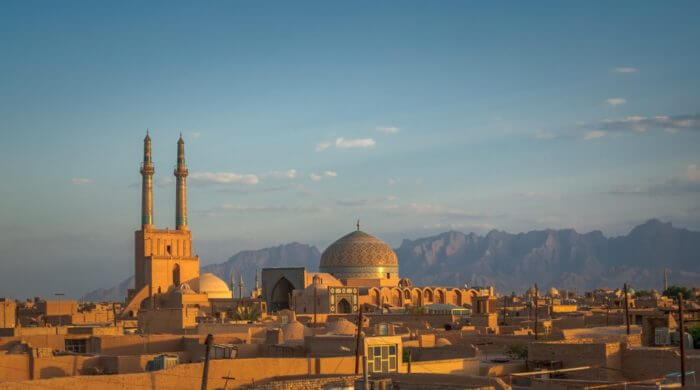 Many countries have been arguing for many years with the country Iran. The issue is always that these countries want to prevent that in Iran a Nuclear bomb nuclear power plant can be built. Now it seems that after many long and hard negotiations there is finally a solution.

Nuclear bombs can be Nuclear fission be built. During this nuclear fission, a lot of energy is released and with this energy, a high, hardly imaginable explosive power is reached. But the splitting of atoms also produces Radioactivity. This is very dangerous and that is why everybody wants to prevent that weapons can be produced with nuclear power in Iran. But nuclear power in Iran should only be used to produce electricity. You surely know some of the nuclear power plants that exist in Germany and where only electricity is produced.

In Lausanne Switzerland, important people met in the last days to negotiate with Iran. Politicians from the USA, Russia, China, France, Great Britain, Germany, and Iran have discussed for many days what possibilities there are. Now they have found a few rules that Iran must abide by. For example, Iran is not allowed to have any number of nuclear power plants, but only a fixed number. The countries are then also allowed to monitor this and also that really only electricity is produced. All this is now to be written into a treaty and is then to be valid from June of this year. This is already a big step towards peace and better cooperation with Iran.

Iran, formerly also called Persia, is a state in the Near East. About 75 million people live there and with an area of 1,648,195 square kilometers, it is one of the 20 most populous and largest states on earth.

An Atomic bomb is a very dangerous bomb. When it explodes, it releases a great deal of energy in the form of heat, radiation, and a blast wave. With a nuclear bomb, large cities can be completely destroyed in a very short time and many people are killed.

In Nuclear fission, an atomic nucleus is split into two or more small nuclei. A lot of energy is released in the process.

Radioactivity is radiation that is very dangerous for humans, animals, and plants. This radiation can cause serious injury or damage and usually leads to death.

Lausanne is located in French-speaking Switzerland on Lake Geneva and is one of the largest cities in Switzerland with a population of around 133,000.