Home » Health & Prevention » Female diseases » Proteinuria: How Harmful Is Too Much Protein In The Urine? Strong stress and great exertion, for example, can cause the filter function of the kidneys to be temporarily weakened. Find out everything about proteinuria here.

What Does Proteinuria Mean?

Proteinuria refers to the excessive excretion of protein through the urine. Normally, there should be no more than 150mg of protein per day in the urine. An increased protein level in the urine can have harmless causes, but it can also indicate more serious diseases.

In addition, persistent proteinuria will eventually cause renal insufficiency. Renal insufficiency is also called chronic kidney failure. As the name suggests, the kidneys no longer work properly. The cause is always other chronic diseases.

The tricky thing about renal failure is that it is irreversible. This means that the damage to the kidneys can no longer be repaired. Renal insufficiency develops gradually and proceeds in four stages. In the early stages, those affected do not yet feel any symptoms, but they may already recognize signs.

For example, they may notice that their urine is foamy or green in color. In the next stage, compensated retention, laboratory tests of the blood show that creatinine is too high, but the kidneys are still working adequately. Patients may become tired more quickly or have higher blood pressure.

The third stage is called decompensated retention and is already accompanied by more severe symptoms such as loss of appetite, nausea, muscle cramps, and pain. The kidneys no longer work particularly well and the risk of infections also increases increasingly.

In the fourth stage, terminal renal failure, the life of the affected person is already threatened and can only be saved by dialysis. The only chance of recovery is a kidney transplant because the damage to the kidneys can no longer be reversed at this stage.

How Do The Kidneys Of A Healthy Person Work?

Roughly speaking, the kidneys are responsible for filtering the blood. Many small kidney corpuscles filter proteins of a certain size from the blood plasma and ensure that they remain in the body instead of being excreted in the urine.

Also interesting:
A Hard Belly During Pregnancy? That Is Behind It

The charge of a protein molecule also determines its whereabouts – for example, strongly negatively charged molecules are not normally excreted. An example of this is the protein albumin, which has a very strong negative charge and a high mass.

The Different Types Of Proteinuria

Proteinuria does not have to be pathological. There are situations in which a slightly increased excretion of proteins is considered normal. These so-called benign (benign) proteinurias occur after physical exercise, stress, and prolonged exposure to severe cold.

Increased protein levels in urine may also be normal in pregnant women if the levels do not exceed a certain upper limit.

Proteinuria can be classified into different forms based on its origin:

In this type, the cause is found in the kidney itself. In this case, urine formation itself is disturbed. This form can in turn be divided into glomerular and tubular proteinuria – depending on whether there is a problem in the glomeruli (Latin for “tangles”) or in the tubules (Latin for “tubules”).

One reason for increased filter permeability, for example, may be glomerular nephritis, which is inflammation of a glomerulus in the kidney. The reabsorption of proteins may also be disturbed and cause the amount of proteins to increase.

If the cause is prerenal, literally “before the kidney”, there are too many proteins and the kidneys will have a problem filtering them all. Postrenal, the problem is found in the urinary tract, for example.

What Factors Promote The Development Of Proteinuria?

There are a number of factors that can interact to lead to increased protein in the urine. For example, a whole series of underlying diseases such as diabetes mellitus, systemic lupus erythematosus, amyloidosis or arterial hypertension (high blood pressure) can be the cause.

A kidney transplant, certain medications, toxins, and even viruses can also trigger the disorder. Too much protein in the urine can also indicate complications during pregnancy.

How Is Proteinuria Detected?

The simplest method to diagnose proteinuria is the test strip method. This involves urinating on a special test strip or dipping it into a cup of urine. After a few minutes, the test strip becomes discolored.

Depending on the color and intensity of this discoloration, protein excretion may or may not be increased. However, test strips cannot reliably detect all proteinuria. Therefore, they are suitable primarily as initial indicators.

For more precise results, however, laboratory tests are recommended. Affected individuals can find clues in the urine itself. Foaming or green urine may indicate elevated protein concentrations. Also, if the creatinine is too high in the blood test, this is a clue.

If a large amount of protein is found in the urine over a long period of time, this can lead to chronic kidney disease and even complete loss of physiological kidney function. It also increases the likelihood of other dangerous complications, such as a heart attack, because the kidneys also regulate blood pressure.

In pregnancy, recognizing proteinuria is important, especially with regard to preeclampsia or pregnancy toxicity. Preeclampsia is a serious complication during pregnancy.

It is a hypertensive disorder, which means it is associated with high blood pressure. In addition to high blood pressure and severe water retention in the tissues, increased protein in the urine is another leading symptom of preeclampsia.

Pre-eclampsia is a very dangerous complication and affected patients must be admitted to the hospital immediately. In most cases, premature termination of the pregnancy in the form of induction or even a cesarean section is necessary, as there are no other therapeutic measures that are effective in this case. 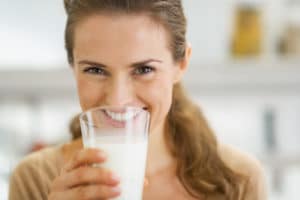 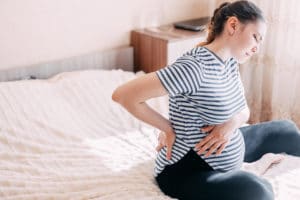