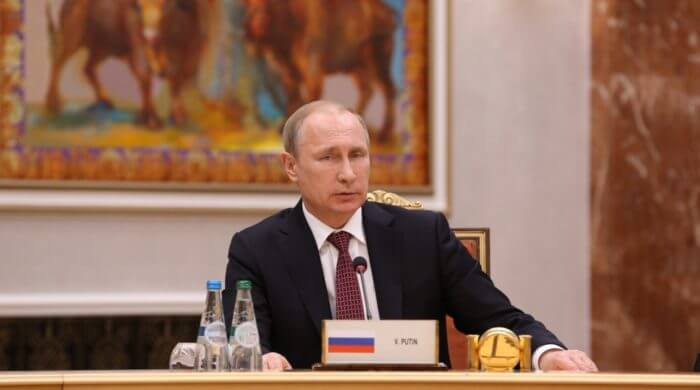 Russia’s President Vladimir Putin has signed a new law that will allow foreign NGOs to be declared so-called “undesirable organizations”. Harsh criticism has come from Germany and the U.S., among others, who see the new Russian law as an intrusion into the Fundamental rights of Russian society.

Foreign NGOs = Undesirable Organizations: Face Up To 6 Years In Prison

With the new law issued by Russia’s President Vladimir Putin, organizations based abroad can become “undesirable organizations.” They will be put on a list if Russia so chooses, and any person working with theirs can be sentenced to fines or even up to 6 years in prison. Russia wants to make it more difficult for foreign organizations to work in Russia because many of these organizations work for human rights and these are not always sufficiently protected in Russia.

Criticism From Abroad Of The New Law

Very strong criticism of Putin’s new law is coming from Germany and the USA. Russia is accused of wanting to isolate society more and more and keep it away from the non-Russian public. So no one in Russia gets the idea that something is not quite right in the country, such as in the question of human rights. These are not always fulfilled in Russia, among other things, according to Germany and the U.S., freedom of opinion and speech is not always guaranteed in Russia, and the suppression of opinions that do not suit the government is the path to dictatorship.

NGOs are non-governmental organizations, that is, organizations that are privately funded and not dependent on countries.

The Basic Rights are special human rights that should apply to all people. In Germany, basic rights are enshrined in the constitution, but this is not the case in all countries. Among them is the right to freedom of expression or the right to an apartment.