Home » Toddler » Development and promotion of the toddler » Raising Children Bilingually Or Multilingually: What To Look Out For? 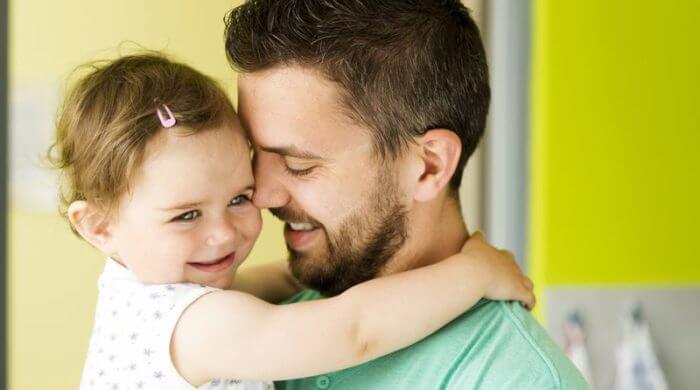 Raising children bilingually or multilingually is a strong trend. Not only families or couples with different mother tongues want to take this chance. In that case, the division is usually such that each parent speaks his or her own language with the child. Although this is the most common way, researchers have found that children can also cope with parents switching to the other’s language every now and then. Children understand early on that they speak two (or more) different languages and, contrary to popular belief, they do not confuse the languages.

Raising Children Bilingually Or Multilingually: This Is How It’s Done!

Especially in the cities, there is a trend towards a foreign-language nanny or a bilingual or even multi-lingual care place (crèche or kindergarten or even a kind of foster family). It is clear that in times of globalization, almost no one wants to deny their child such an obvious opportunity, such an advantage, as a second mother tongue.

Also interesting:
There Are Many Poor Children In Germany

De facto, this is partly a question of money and difficult to realize, especially for families living in the countryside. Only in residential areas close to the border are there often at least bilingual crèches or kindergartens. Elsewhere, unfortunately, people are not yet so far advanced. But do not be discouraged. That’s where bilingual babysitters, childminders or even play and learning groups such as Helen Doron come into play.

The earlier children are exposed to the second (or third) language, the easier it is for them to adopt it. It is a fact that already from the age of 7 the effort to learn a foreign language is many times higher than in infancy. From that point on, the possibility of a “real” second mother tongue is already passé.

For playful practice at home, search books, fairy tales or children’s songs in different languages are suitable.
If possible, contact with other children who are growing up multilingual should also be sought.

The effort, which is undoubtedly often high, is enormously worthwhile, because children who grow up multilingual will benefit from it throughout their lives. Not only will they be able to communicate in several languages with confidence, they will also find it easier to learn other languages later on.

Research also indicates that this type of (early) education greatly enhances the child’s intelligence. Not to forget the cultural benefits, because the child will also have a much greater empathy for the other culture and its people through understanding the language. It will also make him more aware of global connections and differences. The professional advantages, not only in international business, are obvious.

The disadvantages of a multilingual education are hardly worth mentioning. Of course, as in all other areas, children can be stressed or pressured by their own parents’ pressure to succeed. However, with a natural approach to language, children are more likely to enjoy their own abilities or even take them for granted and naturally given.

Also interesting:
Can-Kids - Is Your Child Ready To Start School?

Some children growing up multilingually start speaking later than their peers, but this difference in time is not significant; Albert Einstein did not speak until he was three years old – but then in complete sentences.

1 thought on “Raising Children Bilingually Or Multilingually: What To Look Out For?”