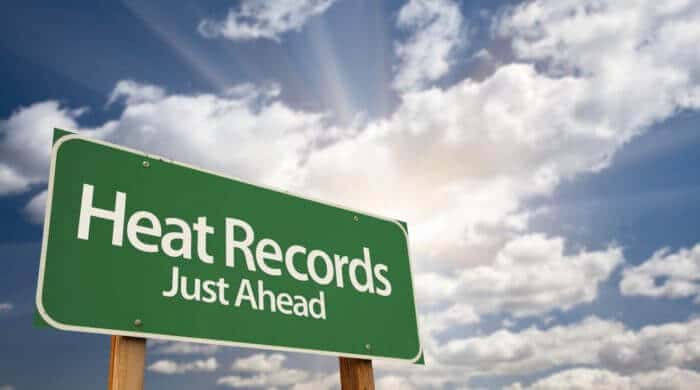 The record heat continues to keep Germany firmly in its grip. Over the weekend, the highest temperatures ever recorded in Germany were measured. Summer is showing its best side, but also it’s most unpleasant. And the heat is now followed by Storm which can bring some nasty surprises.

Friends of summer and sunshine find it great at the moment in Germany. The sun is shining, it is very warm and dry. You can spend the whole day in the open-air swimming pool, eat ice cream or stand at the barbecue with friends and get a tan. While on Friday in Bad-Dürkheim in Rhineland-Palatinate a temperature of 39.2 degrees was already measured, which was the hottest place in Germany on that day, on Saturday it was even 40.3 degrees and thus the highest temperature ever measured in Germany. That’s how warm it was in Kitzingen in Bavaria on Saturday.

Dangers Of The Record Heat

But the super summer heat also brings problems with it: the risk of forest fires, for example, increases extremely at these temperatures. Roads are also suffering from the heat – they are in danger of breaking up and becoming dangerous for drivers. The heat is also expected to be followed by storms, hail, and possibly even tornadoes. Most at risk, however, is the circulation of people. Especially children and old people are affected. They get sick at such high temperatures or become faint.

What Can You Do About The Heat?

The best thing is to cover your head when you go outside. Also, don’t forget sunscreen to protect your skin. And it is very important to drink enough- the best is water, tea, and juice spritzers. And against the heat in the house, you should make the shutters completely down during the day and above all only early in the morning and late in the evening ventilate, so that the walls can not store the warm air.

A Thunderstorm usually occurs when warm and cold air masses meet. This often results in thunderstorms with storms and rain or hail. Tornadoes can also occur.

When one fainted becomes, one loses consciousness. It is as if one simply falls asleep from one moment to the next. This is usually because your blood pressure drops or rises quickly, then your body shifts down a gear as a protective response. Most of the time, you only pass out for a few seconds.

A Juice spritzer is a mixture of juice and mineral water.