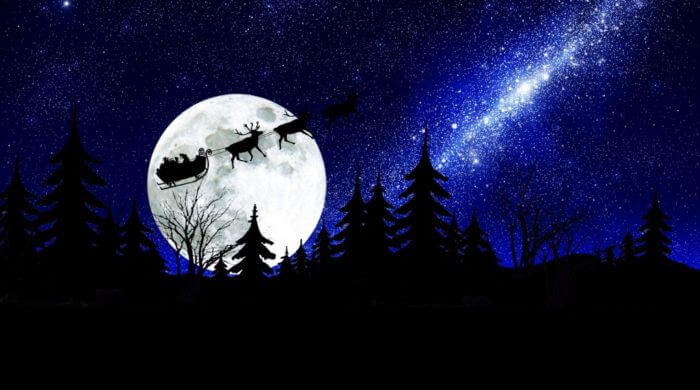 Santa Claus comes at the weekend. Many or better most children look forward to this day because then there are sweets or gifts. But besides looking forward to sweets and smaller gifts, it is perhaps also important to know where the custom comes from, who this St. Nicholas actually was and why we celebrate this day.

St. Nicholas of Myra is one of the most famous saints in the Catholic Churches in the East. His commemoration day is December 6 and then is also celebrated in all parts of the Catholic world- with different expressions. Nicholas of Myra lived about 300 A.D. in the Lycia region of Asia Minor, which was then part of the Roman Empire and is now in Turkey – about 100 kilometers from Antalya. There are many legends about Nicholas of Myra. For example, he is said to have distributed his inherited fortune among the poor or to have brought a ship in distress safely ashore. Whether he performed miracles or not, Nicholas of Myra was a good man, that’s for sure.

The Feast Of St. Nicholas On December 6

Today, St. Nicholas of Myra is celebrated in his honor on December 6. The children usually set up a plate or a large boot on December 5 in the evening, which is then filled with sweets or small gifts in the morning. Today, the name St. Nicholas is often used differently. Above all from the USA comes the figure of Santa Claus, which is partly derived from St. Nicholas. However, Santa Claus also comes there at Christmas and brings the gifts – the Christ child no longer exists in the USA or the figures are mixed. This is also where the legend of Santa Claus comes from, who flies to Christmas on a sleigh and brings presents. And even in Germany, there are small differences: In Saarland, St. Nicholas comes as early as December 5- in the rest of Germany, on December 6. Some people give only sweets on St. Nicholas Day, but others give really big gifts, which contradicts the meaning of St. Nicholas Day because it is very close to Christmas, where there are gifts again.

Also interesting:
On Vacation May Continue To Photograph Without Worry