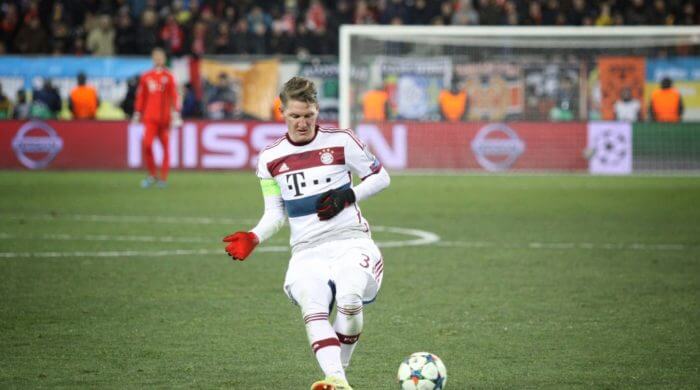 It’s a big surprise and the sports news of the month: Bastian Schweinsteiger, hero of the World Cup team and Bayern’s veteran, is leaving Munich with immediate effect and moving to Manchester United. This was announced by Bayern and “ManU” at the weekend. With Schweinsteiger, Bayern is missing its great strategist and, along with Philip Lahm and Thomas Müller, the club’s figurehead.

Bastian Schweinsteiger- The Original Of Bayern

Bastian Schweinsteiger was born in Bavaria in 1984. At the age of 3, he already started to play soccer at two small clubs. And already in 1998, at the age of 14, he moved to FC Bayern Munich. And there “Schweini” also played his whole life. He made 342 games for Bayern and scored 45 goals. He was German champion 8 times with the Bavarians and 7 times DFB Cup -Winners, he also won the 2013 Champions League. Schweinsteiger’s career also went steadily uphill in the national team: he has been playing for the national team since 2004, i.e. since he was 19 years old, first under Jürgen Klinsmann, then under Joachim Löw. Schweinsteiger has played 111 times for the national team so far, scoring 23 goals. He was runner-up in the 2008 European Championships, third in the 2006 and 2010 World Cups, and gloriously won the World Cup at the World Cup (WORLD CUP) 2014.

Switch To Manchester For Around 20 Million Euros

So now Bastian Schweinsteiger is moving to Manchester United for a reported 18-20 million euros in the English Premier League. He wanted to try something new again at the end of his career, says Schweinsteiger. In England, even faster soccer is played than in Germany. Bayern Munich assured Bastian Schweinsteiger that he will get a farewell game in Munich if he should end his career. The next big goal for “Schweini” is to become champion in England and then European champion with Germany in the EM 2016 in France next year.

The DFB Cup is the oldest German cup and here both professional teams and amateurs compete against each other for the crown of German soccer.

Also interesting:
This Year 2016 There Are Many Stork Children

A World Championship is a tournament in which the best teams in the world compete for the title, first in groups, and then later in individual matches.

The Premier League is the English Football League.

A European Championship(EM) is a tournament in which the best teams in the world compete for the title, first in groups, and then later in individual matches.