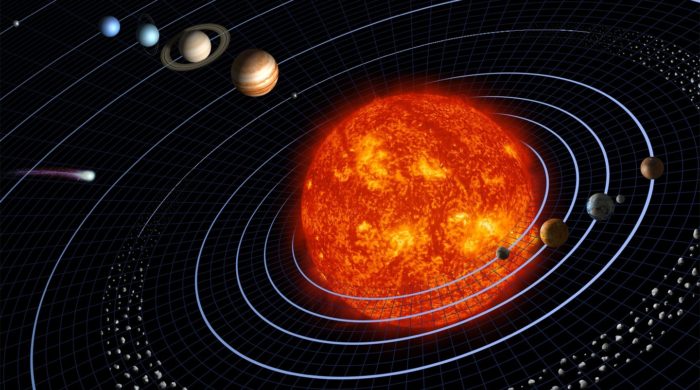 The American scientists Konstantin Batygin and Mike Brown have allegedly discovered a new planet. They have given it the name “Planet Nine” for the time being.

This discovery of the two scientists could mean that there is in our Solar system there is another planet. Besides the eight known planets Mercury, Venus, Earth, Mars, Jupiter, Saturn, Uranus and Neptune there could be thus now a further one. Therefore it got also first the name “planet nine”.

Ten Times As Heavy As The Earth

The two scientists Konstantin Batygin and Mike Brown assume that this new planet is approximately ten times as heavy as our earth. They say that this planet is at the very edge of the solar system, so it is very far from the sun. Thus “Planet Nine” would be about 20x as far away as Neptune is from the Sun. That is why it orbits around the Sun very very slowly. The scientists are of the opinion that it needs approximately 20,000 years, in order to turn once around the sun. However, they have not yet been able to prove whether the planet really exists, because it can neither be seen nor shown to anyone. The discovery of “Planet Nine” is based entirely on the calculations of the two.

As a Solar system the sun with all planets, comets, and other things, as for example dust particles, which orbit the sun is called. Up to now, eight planets are known. These are Mercury, Venus, Earth, Mars, Jupiter, Saturn, Uranus and Neptune.