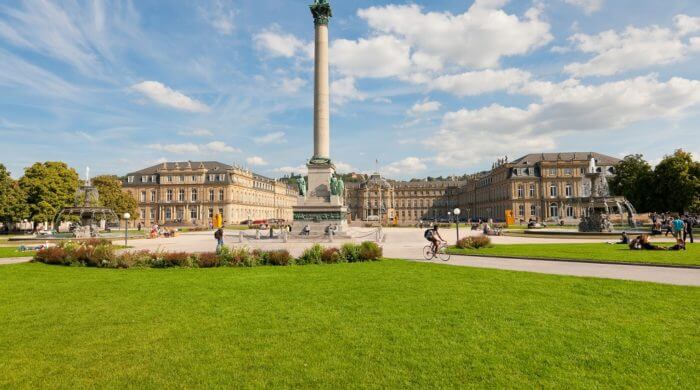 The 170th Stuttgart Folk Festival Has Been Running Since Friday

Since last Friday, the now 170th event on the festival grounds in Stuttgart is in full swing. Until 11 October Läuft the Cannstatter Wasen (the name comes from the Stuttgart district of Bad Cannstatt) still and offers the best entertainment for all ages. There are not only huge tents, where big and small can eat and drink a lot, but also a lot of rides for all ages.

Attractions At The Wasen

The Expo Ferris Wheel, for example, is over 60 meters high and one of the largest Ferris wheels in the world. The legendary fruit column is also a real eye-catcher: 26 meters high and weighing around 3.5 tons, the wooden monster has been around since the first Wasen in 1818 but had to be rebuilt in 1935 after being burned in 1919. Whether you take advantage of the numerous rides or enjoy a good meal in the festival tents while drinking delicious beer from Stuttgart, it doesn’t matter – the Cannstatter Wasen offers something for everyone. Over 4 million visitors are expected this year and all tell only good things about the traditional Stuttgart folk festival.

Also interesting:
The Greek Head Of Government As A Guest In Germany

The Munich Oktoberfest is the largest folk festival in the world. It is visited by over 6 million visitors every year and, as with the Cannstatter Wasen, they come to Germany from all over the world.