Home > Child > Kids news > Overconfidence Can Be Dangerous When Swimming 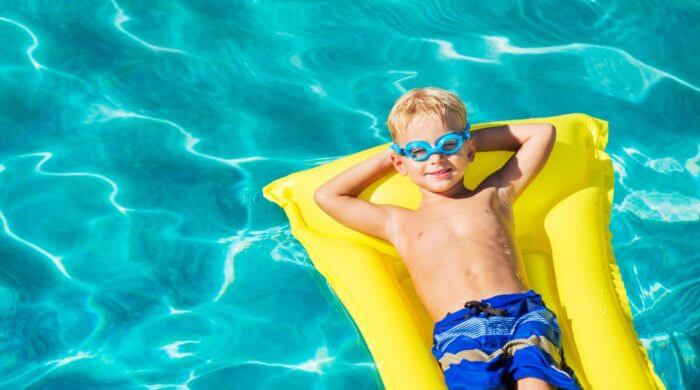 Many people, children, young people and adults have sought cooling in the water during the last hot days in Germany. Thousands of people were to be found in the cool water at bathing lakes, in open-air swimming pools, but also on rivers.

Carelessness Can Be Dangerous

As nice as cooling off in the water may be, there are also many dangers. In North Rhine-Westphalia alone, ten people have drowned in the last few days, and there have also been deaths in other German states, unfortunately including children. This is due to the fact that many people are far too careless and do not pay attention to dangers, but also totally overestimate themselves. In addition, fewer and fewer children are learning to swim. A few years ago, swimming was still part of the physical education curriculum at many elementary schools, but now it is becoming less and less. Children therefore underestimate the danger and once they get into deeper water, it very quickly becomes very dangerous.

Do Not Overestimate Your Strength

But many also overestimate themselves and especially their strength. Adults in particular always believe that they are good swimmers and can therefore swim far out on a lake or simply cross a river such as the Rhine can simply swim across. But especially in lakes or rivers there can be dangerous currents. Then you have to make a lot of effort when swimming and you quickly lose your strength. Many people often also get a cramp in the leg and then you are in danger of drowning very quickly.

That is why it is very important that especially you children are very careful. Never go very deep into water you don’t know, stay close to your parents so they can see you, and don’t swim out too far. It is very important, no matter how hot it is, that you don’t just jump into the cold water. The body has to get used to the cool water first, so you should cool your arms and legs first before diving into the water.

Also interesting:
This Year 2016 There Are Many Stork Children

A cramp is a sudden tension of muscles. Especially when swimming, one often gets a cramp in the calf. Such cramps can often be triggered by overexertion, but also by health problems.