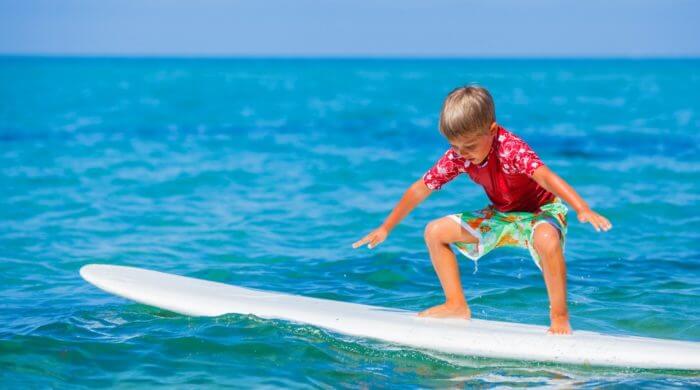 On the coast of South Africa, the world championships in Surf are taking place. Unfortunately, during this event, there was a very dangerous incident. A surfer from Australia was attacked by a shark in the water. However, he was very lucky and survived the attack without injuries.

The attack on the three-time Australian surfing world champion Mick Fanning was live on television. The viewers in front of the TV set could therefore follow exactly how the shark attacked the surfer. Mick Fanning was in the sea off the coast waiting for a perfect wave to surf. Fanning was sitting on his surfboard waiting for the perfect moment. Suddenly, on TV, a shark fin became visible behind the surfer. Now everything happened very quickly and the surfer was pulled off the board into the water.

Shark Could Be Put To Flight

Full of panic the spectators in front of the TV, but also the spectators on the beach staring at the water. Mick Fanning quickly reappeared and the shark fled. Rescue boats were very quick at the surfer and could pull him out of the water. Later Mick reported that he was startled by a wriggling behind him and recognized a shark. In the water, he then punched the shark’s back with his fists and it, fortunately, took flight. Mick Fanning was miraculously not injured in this action and escaped with a scare. However, the organizers stopped the competition as a precaution because of this incident and no one was allowed to enter the water that day.

Also interesting:
What Is Democracy And Why Is It Also Important For Children?

South Africa is a country at the southern tip of Africa. In the south and southeast South Africa borders on the Indian Ocean and in the west on the Atlantic Ocean. South Africa has an area of 1,219,912 km², which is about 3.5 times the size of Germany.

Surfing is a very popular water sport. The word surfing is derived from the English word surf (=beach). The surfer stands upright on a surfboard and glides over the water surface at a relatively high speed. He gets the speed from a wave.

Live in relation to television is something that is transmitted in real-time. That’s why it’s also referred to as a live or direct broadcast. This can be sporting events such as football matches, but also concerts and other events.