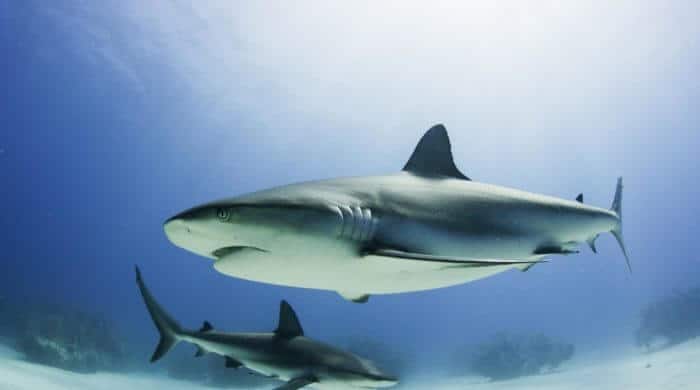 A terrible accident has occurred off the Atlantic coast in the USA. A Shark attacked two teenagers, seriously injuring them. The 12-year-old girl and a 16-year-old boy could just be saved.

Both Teenagers Lose An Arm

A 12-year-old girl and a 16-year-old boy were seriously injured in the attack of a shark on the Atlantic coast of the state of North Carolina. The shark attack occurred at two different locations within just 30 minutes of each other, and both teens lost an arm each during the killer fish attack. Both children were immediately rescued from the water after the attack and taken to a hospital. There they underwent immediate surgery. The girl’s arm had to be cut below the elbow and the boy was amputated and the boy was below the shoulder. However, both teenagers are now out of danger.

Why it came to this attack, could not yet be clarified. Actually, such attacks occur very rarely in this area on the coast. For this reason, there are no warnings or danger signs on the beach. Unfortunately, however, this serious attack has now occurred and the authorities are therefore warning people not to go too far into the water or swim too far out to sea.

There are about 500 types of Sharks. The most dangerous for humans is the great white shark, which very often attacks people, but often out of curiosity or because it mistakes humans for seals. Nevertheless, the number of attacks by sharks on humans around the world is considered rather small.

If something amputates has to be done, then for example an arm or a leg is cut off from the body. As a rule, this is done because otherwise the life of the person is in great danger and he could die.