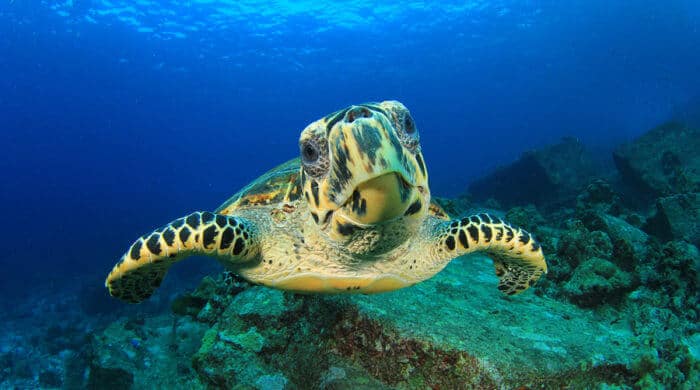 A team of researchers in the South Pacific wanted to actually Coral and explore crocodiles. But while searching for them, they made another, most curious discovery. They discovered a luminous turtle.

The turtle discovered by the researchers glows like a traffic light. Do you know what colors are meant by this? Exactly, they are the colors red, green, and orange. The turtle was discovered off the Solomon Islands in the South Pacific. It calmly swam past the researchers in the water without being afraid.

But Why Does This Turtle Glow?

Why this discovered turtle glows is not yet clear. Researchers suspect that the animal’s neon colors of green, red, and orange attract other turtles to mate with it. What is certain, however, is that the turtle absorbs the blue light of the seawater with its backshell and then reflects the remaining light back in these bright colors. But that still has to be researched in detail. But kids I promise you, when this becomes known, I will report it here on the kid’s news.

Corals occur exclusively in the sea, especially in tropical regions. Corals are special marine animals that feed mainly on plankton.