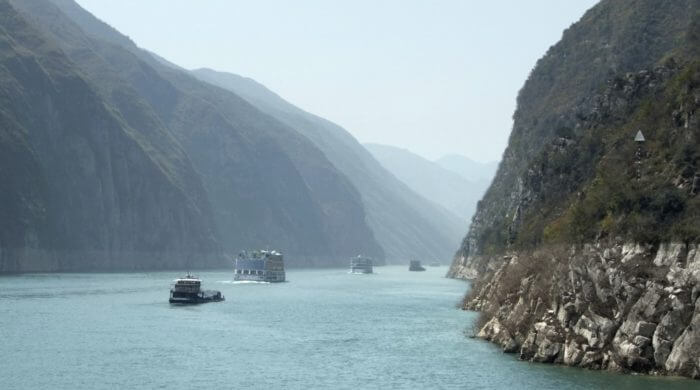 In China during the Yangtze, a serious shipping accident has occurred. A tourist boat capsized there with 450 people on board. Many people are still missing and rescue is very difficult. The ship is lying with the Keel upwards and besides, it is raining very hard and there is a strong storm blowing.

So far it is not possible to say how many people have fallen victim to this shipwreck. It was confirmed that there were 450 people on board when the ship capsized on the Jangste in China. So far, only about a dozen people have been rescued. The rescue is quite difficult because heavy rain and a strong storm make it difficult for rescue workers to operate. Divers are trying to rescue living people from the ship, which is lying with its keel up. At the place where the ship is now, the Yangtze River is about 15 meters deep. According to the initial information, a Cyclone was to blame for the accident and caused the ship to sink within just a few minutes.

On Board Were Many Tourists

Onboard the ship “Star of the Orient” were very many tourists who were on their way from Nanjing in East China to Chongqing in the Southwest. The ship itself was built only in 1994 and is 76 meters long. It can accommodate a total of about 530 passengers. Ten rescue ships arrived yesterday following the accident, but more vessels have been requested by authorities to assist. According to Chinese authorities, all passengers are tourists and are between 50 and 80 years old. There were also 47 crew members still on board and 7 employees of the travel agency that had organized the trip.

The Yangtze, also called Janksekiang (translated: Long River), is 6380 kilometers the longest river in China and also in Asia. It is the third-longest river in the world after the Amazon and the Nile. It divides the country into North and South China.

The Kiel keel is the most important longitudinal structure of a ship, attached to the bottom amidships. That is why the keel is also called the backbone of any ship.

A Cyclone is a tropical cyclone that occurs very often in the Asian region. It usually forms on the ocean and can reach wind speeds of over 250 kilometers per hour. A cyclone usually causes very very great damage and is a great danger to people.