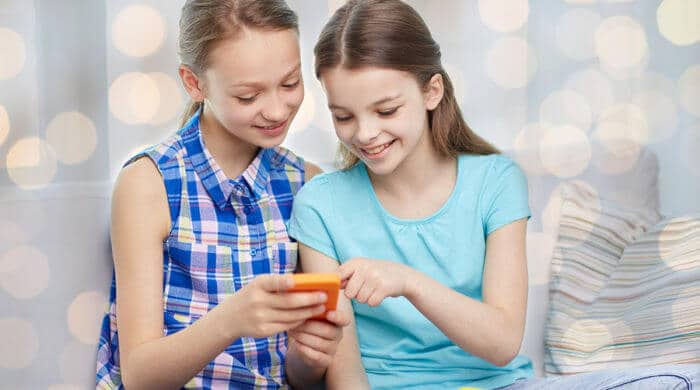 In this day and age, almost every child from about 8 years old and up has a Smartphone. But more and more children between the ages of 8 and 14 admit to feeling increasingly stressed by their smartphones. This was revealed in a study conducted in July 2016.

The Smartphone Is Always With Them

The smartphone is a constant companion for children today. No matter what you do or are doing, the device is always with you. But more and more children now admit that this smartphone also causes them stress and they feel very distracted, especially when doing their homework. Researchers who have studied this topic have also come to the same conclusion. They have found out that more and more children are exposed to a certain pressure. Countless text messages are sent every day and no child wants to miss a message. As a result, they have the smartphone in their arms almost constantly.

Also interesting:
The Hunt For The Title And For Attention: The Women's World Cup In Canada Has Begun

More And More Children Are At Risk

More and more children between the ages of 8 and 14 are at risk. The danger is that the children addicted become addicted to the smartphone. According to researchers, this now already applies to one in ten children. Hardly a time goes by in the day when the little device doesn’t beep or flash because another new message has arrived. Many children honestly admit that they often can no longer concentrate properly on their homework because they are constantly distracted by their smartphone.

Simply Put The Smartphone Away

But kids, let’s be honest, even if it may sound terrible to you now. Just put the thing aside, go outside to play without your smartphone and meet up with your friends. You’ll soon realize that real play without a smartphone can be a lot of fun.

The smartphone is a cell phone, but it offers much more possibilities than a “normal” cell phone. With a smartphone you can surf the Internet, download apps, watch videos and much more, which you can’t do with a normal cell phone.

Also interesting:
There Are More And More Rich People In The World

The term addicted is always used when someone is addicted to something. Addicts are, for example, people who can’t live without alcohol or drugs, or who lose their money gambling, or even when you can’t get through a day without a PC or smartphone.