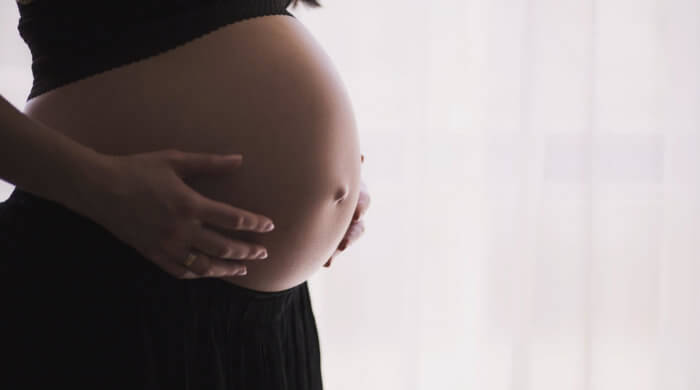 Are you pregnant? Keep on smoking and can not stop? But you want to stop smoking for the sake of your child. Then you’ve come to the right place! Pretty much everyone knows that smoking is unhealthy. But do you know how much you are harming your child? Also, the question is often asked whether a sudden stop smoking poses a risk to the unborn child. Here you can find out everything about smoking during pregnancy. Around 170,000 expectant mothers smoke during pregnancy, exposing their babies to harmful tobacco smoke. Smoking is very harmful to the unborn child, so if you smoke yourself or smoke a lot passively, you are harming your baby.

This means that you should not only stop smoking yourself, but you should also convince your smoking partner to quit smoking or ask him or her and others to go outside the door to smoke. You should also avoid going to smoky bars. It doesn’t make much difference whether you smoke yourself or are just a passive smoker. Your baby is connected to the umbilical cord in your belly from the very first minute and thus receives all the substances that YOU ingest. Even after the birth of your child, you should make sure to smoke outside the door to reduce the risk of SIDS (sudden infant death syndrome).
The toxic substances end up in the baby’s bloodstream through the placenta.
Which can lead to circulatory and growth disorders.

Also interesting:
Ibuprofen During Pregnancy - Will It Harm My Child?

Consequences For Your Child

As a pregnant woman, you are not the only one at risk of cardiovascular disease, cancer and other illnesses. Smoking during pregnancy will also harm your unborn child, who may suffer the consequences.
Substances such as nicotine and carbon monoxide enter your child’s bloodstream through the placenta. These substances constrict the blood circulation and can lead to oxygen deficiency of the unborn child. This is because the umbilical cord cannot distinguish between good and bad substances. If you even smoke regularly during pregnancy, this can lead to your child getting too little food and oxygen and thus suffering from the consequential damages.
Also, all toxic substances end up in the breast milk later when you breastfeed. You should therefore also refrain from smoking while breastfeeding.

Some Consequential Damages Are:

-Children of smokers often have a low birth weight, they often weigh 200-300 grams less than babies of non-smokers. They are also often much smaller than newborns of non-smokers.
Even if the weight is quickly recovered, it leads to the fact that these people then often and more quickly suffer from obesity in adulthood. In addition, they also often suffer from diabetes in adulthood.

Also interesting:
Sex During Pregnancy - About Pleasure And Unfounded Worries

-The baby’s lungs are not fully developed at birth. Due to the lack of sufficient blood supply, the growth of the child in the mother’s womb is slowed down and thus the child’s lungs cannot fully develop.

-Risk of sudden infant death syndrome (SIDS) increases. One pack a day increases the risk by at least 7 times than children of non-smokers.

-Premature birth may be more likely. Poor blood flow to the placenta can cause it to detach too early, triggering a premature birth

-In later years allergies and asthma occur more frequently. The risk here is about 30% higher than in non-smoking women. These children also have a much higher susceptibility to diseases and infections later on.

-The children are also often affected by the risk that they themselves will become smokers later on. It does not matter whether the mother smoked herself during pregnancy or only smoked passively – the risk is the same in both cases.

Also interesting:
Gestational Diabetes - What To Do?

18-25% of pregnant women continue to smoke until birth.
Most of the malformations occur in the embryonic phase, in the first 3 months. So it is mainly smoking in early pregnancy that is harmful. Unfortunately, this is exactly the phase in which most women do not even realize that they are pregnant.

Stop Smoking Is The Best Solution

The unborn child feels the smoking cessation immediately!
Many pregnant women stop smoking as soon as they know they are pregnant, but every 5th mother does not manage to quit. Although the risks of smoking during pregnancy are well known. There are about 5000 partially harmful and carcinogenic substances in cigarette smoke.
If you have just the desire of pregnancy, you should ideally stop smoking before pregnancy.

If you smoke 10 cigarettes a day, your child smokes 2,700 cigarettes during pregnancy. But stopping smoking in the first few months will also improve the health of you and your child and will reduce the risk of complications.

Of course, the child feels this positive effect immediately, receiving an adequate supply of oxygen and food. In addition, it is no longer hindered in its development by chemicals and nicotine. The assumption that a sudden stop to smoking is harmful to the child is long outdated. Scientific studies have proven that a sudden stop to smoking causes exactly the opposite of harm.
If you reduce smoking slowly, you still expose your child to great risks, so it is better to stop immediately as soon as pregnancy is known. The e-cigarette is also not an alternative during pregnancy.

For example, there is a course “Smoke-free for mother and child” from the obstetrics department of the Charité hospital in Berlin. There is also a brochure to download. If you are interested download it at https://www.bzga.de/botmed_31500000.html.

Tips And Tricks To Stop Smoking During Pregnancy

-Drink water, chew gum and breathe deeply.
-Postpone the next cigarette in your mind over and over again.
-Look at pictures and videos on the internet of how your baby smokes along in your belly when you feel like having a cigarette.
-Always keep in mind that you want to give your child the best start in life.

6 thoughts on “Smoking During Pregnancy”