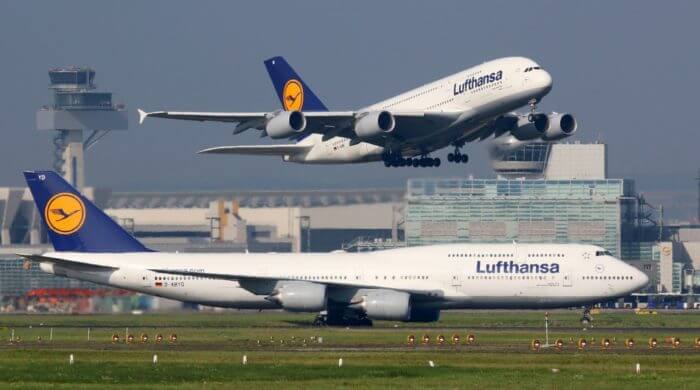 At the Lufthansa pilots are still on strike and intend to continue the strike Strike continues today, Friday. Several hundred flights were canceled on Wednesday and Thursday. It is not so long ago that the pilots went on strike. The dispute between the pilots and the Lufthansa bosses has been going on for almost a year now, and they can’t reach an agreement.

Why Are The Pilots On Strike?

The pilots are refusing to fly at the moment because they want more money for their work and the Pension plan issue is not settled. Until now, a pilot is allowed to stop flying at the age of 55 because it is a lot of stress and a lot of responsibility. Therefore, pilots are allowed to stop working earlier than many other people. If a pilot quits at 55, he first gets four more years of money from his boss, and then at 59, he gets his pension. But the bosses at Lufthansa now want to change that. They want a pilot to stop working at the age of 61. If he wants to quit earlier, he can do so, but then he won’t get any more money. And the pilots don’t like that.

The Strike Costs A Lot Of Money

In this new strike, many hundreds of flights have already had to be canceled and almost 100,000 passengers have been affected. They had to look for other planes or take buses or trains. But this is not always possible, especially when the flights go too far away from other countries like the USA or China. These people are naturally very upset because many of them have to get to important business meetings. But this strike also costs a lot of money. Strikes have been going on again and again for a year now, and so far this has caused damage of around 230 million euros. Just think how long you could pay a pilot from this money.

The Lufthansa is one of the largest airlines in the world. Their home airport is Frankfurt/Main, where the biggest German airport is. Almost 120,000 people work for Lufthansa, but of course, they are not all pilots. Lufthansa owns almost 300 passenger planes.

A Strike is a means of pressure from the workers against their bosses. When there is a strike, they all stop working, hoping that the boss will give them more money, for example, or approve more vacation, or that they will have to work fewer hours.

A pension plan is something very important. Retirement provision means that a person has enough money to be able to live comfortably even if he stops working for reasons of old age. That’s why you always have to make sure that you save money for that time, too, and don’t spend it all beforehand.