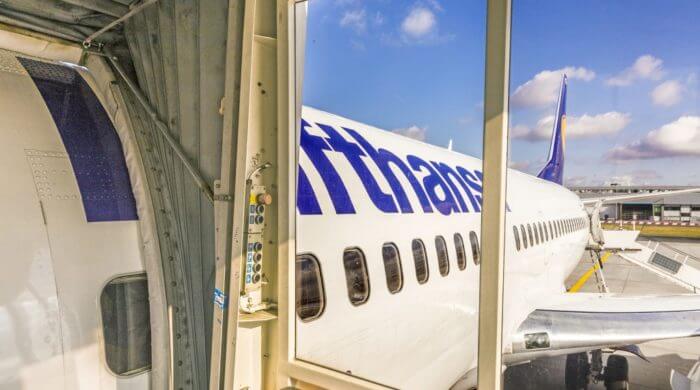 For a week now, the Strike of flight attendants at the Lufthansa has already. And there is no agreement in sight. From today until Friday, the Flight attendants in Frankfurt am Main, Dusseldorf and Munich want to walk off the job. Yesterday, Lufthansa was still trying to have a strike banned by the courts.

Due to the strikes of the Union UFO, Lufthansa has had to cancel over 3700 flights. More than 440,000 people are affected and are now waiting for another flight or have decided they would rather travel by train or bus. If the strike really goes on until Friday, it would be the longest strike in Lufthansa’s history. The damage is now already in the tens of millions. On Tuesday, Lufthansa had achieved in a Düsseldorf court that the strike was banned in Düsseldorf, in Frankfurt and Munich they failed with such an attempt. However, the ruling was overturned yesterday by the Düsseldorf Labor Court, so that strikes may continue in Düsseldorf.

The Point Of Contention Is The Pension Scheme

In addition to many other issues, such as the demand for higher wages, the dispute between the airline Lufthansa and the cabin crew union UFO is primarily about the issue of pensions. Lufthansa has already offered to pay each flight attendant a one-time payment of 3,000 euros and that employees should be allowed to retire at the age of 55 Early retirements but that is not enough for the UFO. It is demanding a higher salary, a higher one-off payment, and the possibility of retiring earlier.

In a Strike, the employees of a company stop working in order to force the company to pay them more wages or make other improvements.

The Lufthansa is one of the largest airlines in the world. It was founded in 1926 and is headquartered in Cologne, Germany. Lufthansa has almost 120,000 employees.

Flight attendants are the people who work on the plane besides the pilot. They give the safety instructions, serve the food and drinks, and are available to answer passengers’ questions.

A Union is an association of employees who work in one company or even do the same job in different companies. A union represents the interests of its members to the company. For example, it fights for the employees for more pay. The flight attendants’ union UFO has been in existence since 1992 and has over 10,000 members; other unions, such as IG Metall, have far more members.

Early retirement is the name given to the transitional phase when you stop working until you reach the actual retirement age. In Germany, a man retires at 67 and a woman at 65. However, in many professions you have the option of taking early retirement, often as early as 55. During this time, you receive a transitional pension, i.e. a lower pension.