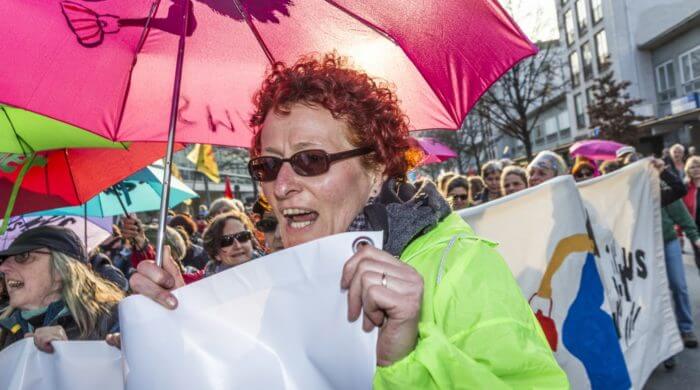 Daycare centers are colloquially called KITAs. Many educators work in these daycare centers, supervising your younger siblings when your parents have to go to work. However, it is precisely in these professions that people usually earn far too little money. As a rule, the state owns the daycare centers. But it does not want to pay the educators good wages, even though they have a very important jobs. This has been annoying the educators for several years. The kindergarten teachers have joined together in a Trade union called Ver.di and now want to fight for their rights.

In many German daycare centers today, the Ver.di union has called for Warning strikes called for a strike. This means that the educators go to work nothing and stay at home, which means that your younger siblings can not go to kindergarten. The educators want to thereby achieve that they get a better salary.

Strike/warning strike: In a strike, people take to the streets and shout their demands loudly.

KITA is the abbreviation for a daycare center in Germany.

Trade unions are organizations that stand up for the rights of workers.