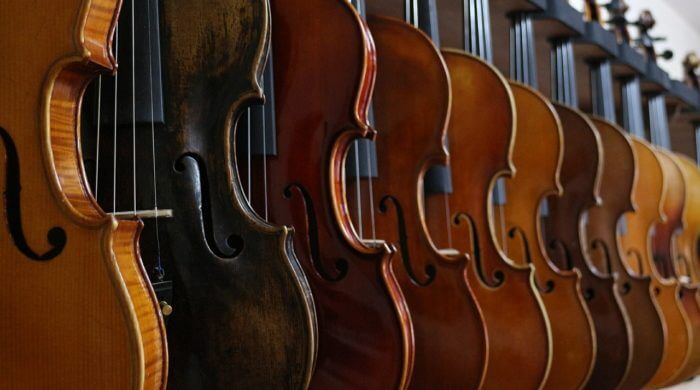 A very expensive violin was forgotten by a musician on the train. She was in such a hurry to get off the train that she didn’t even think about the very expensive instrument.

Time Is Running Out When Getting Off The Train

Maybe you know this too. In the morning on the bus to school, or maybe on the train, you suddenly have to get off. Before you might have been chatting with your classmates and your mind was somewhere else. Then you get off and suddenly you realize, oh dear, I forgot my gym bag or backpack. That’s exactly what happened to a musician. She had to get off the train at the Saarbrücken get off the train. And suddenly she remembered, man, my violin is still on the train. But it was not a normal violin, but a very very expensive violin. The violin is almost 300 years old and is a valuable “Stradivari”. Can you imagine how much this violin is worth? No? Well, then watch this. Such a violin is worth almost two and a half million euros……!!!!!

Big Scare For The Musician

When the musician realized that she had forgotten this soooooo expensive violin, she first got a huge fright. She immediately informed the police and reported her mishap. The police were quickly able to find out where the train had gone. There, the violin could be found in the train, and that one minute before the train would have moved on again. I would say that the musician was very lucky again.

Saarbrücken is the capital of the Saarland. Today’s university town and the only major city in the Saarland, it was founded in 1909 and today has a population of around 177,000.

Stradivari is the name given to a violin that was made by the famous Italian violin Antonio Giacomo Stradivari was made. The latter lived in Italy from 1648 to 1737. He is considered by many to be the best violin maker in history. His violins are the most valuable stringed instruments currently on the market and are sometimes traded for many millions of euros.