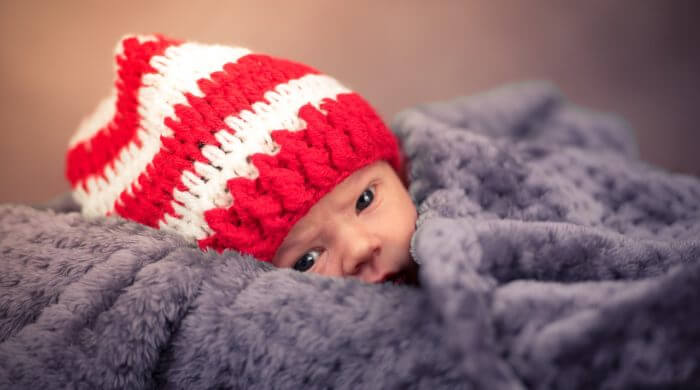 Swaddling is a technique designed to soothe babies. It involves wrapping the infant tightly in a cloth.
The whole thing has to do with the Moro reflex. This causes babies to spread their limbs in response to sudden changes in the environment (sounds, shocks). This reflex is innate and occurs even when babies are asleep.
The Moro reflex causes the baby to become startled and abruptly awake. This happens even when the sound or movement itself would not be strong enough to jolt the baby out of sleep.
In addition, the tight swaddling is supposed to give the baby a certain sense of security, which it still knows from the confinement of the womb. Newborns are used to the confines of mom’s tummy. This makes it all the more reassuring for them to find themselves in such a sense of security even after birth.

Until the middle of the 19th century, it was common practice to wrap children very tightly in a cloth. However, the reasons at that time were quite different than they are today. It was wrongly assumed that the baby’s body was not strong enough on its own. It needed the firmness of the blanket, it was assumed.
Somewhat later, swaddling the child was seen as unnecessary and rather a hindrance. The firm swaddling would constrict the child too much, was then the motto. In retrospect, it seems obvious that this change was due not least to a change in values in society. Between the austere post-war period and the revolts of the 69ers, the desire for more freedom and peace developed. The switch from tight baby wraps to baby slings also happened at this time. Whether there is really a connection here is unclear.
In any case, both schools of thought are encountered today. Some are convinced to let the baby lie “open” without a wrap or to tie it to their own body with a sling. Others revive swaddling and see themselves as having a clear advantage.

Also interesting:
Your Baby Is 3 Months Old? These Developments Await You

The revival of swaddling is not only met with approval. The book “Gefesselte Kinder” by Ralph Frenken should be mentioned at this point. He explains: “If you wrap babies up, you deny them the chance to live out their childlike urge to move. The argument of the security is only an advanced excuse of the proponents, who would enjoy their parental rest by Pucken.
Many pediatricians even warn against pucking. The children could suffer from overheating. If they are swaddled too tightly, nerves could even be pinched. In addition, it has been proven that the risk of hip dysplasia increases as a result of swaddling.
Swaddled kids lie longer than babies who were not swaddled. This allows the back of the head to flatten.
The following train of thought is also plausible: If it were so good for the child to be swaddled, he would probably come into the world with a blanket. Just as we don’t need heels on our feet, so too is swaddling a useless or even dangerous fad. It’s hard to argue with the fact that kids come into the world with everything they need.
Last but not least, one must not ignore the fact that babies intuitively resist being swaddled. At least at the beginning, this method seems to be anything but child-friendly. Of course, babies give up their defenses over time and surrender to their fate, but this should not be taken as approval for this procedure. This also refutes the argument that swaddling is calming.
One reason for the calmer behavior of swaddled children is that they sometimes cannot even take a breath to cry out. Another indication that speaks for freedom of movement and against swaddling.

If done correctly, swaddling does not “tie up” the child. Moreover, the swaddling technique should be used exclusively at night. To do this, use a cloth, blanket, or even better: a special pucksack. This leaves the child’s arms free and looks a bit like a sleeping bag. The quick puck models from the USA (e.g. the “SwaddleMe”) are also recommended.
It is best to have a midwife show you the exact technique. Getting help from someone who knows the ropes is really important. This is the only way to avoid secondary damage.
Under no circumstances should children with hip damage be spit-up. Especially not if they have to wear a hip flexor splint or spreader pants. This could make the deformity even worse.
If the child has a fever, it is also not allowed to spit up. The risk of heat exhaustion would otherwise be too dangerous. Caution is also advised in summer.
As a reminder, never spit up too tightly on the baby. Otherwise, the baby’s breathing will be impaired. It will then no longer be able to expand its chest sufficiently. Also remember not to let the baby lie in the supine (spit-up) position too often. This can not only deform the back of the head. Motor development also suffers from permanent supine positioning.
What are the advantages of swaddling?
One should always distinguish between too tight, unqalified swaddling and gentle swaddling. If you do not wrap the child too tightly, it can also benefit from being swaddled. This is especially true for premature babies and newborns, who benefit from the extra support – and this has also been proven. It makes them feel more comfortable, allows them to fall asleep more easily, and makes them more rested overall.
Gentle swaddling is not about restraining the baby so that he or she cannot move. Instead, you give the baby a protective space of security. If you do it right, the baby can move nearly as freely as when positioned in a sling.

Also interesting:
This Is How You Can Promote The Tactile Perception Of Your Baby

If you have learned from a midwife how to swaddle properly, the following tips can also be helpful. 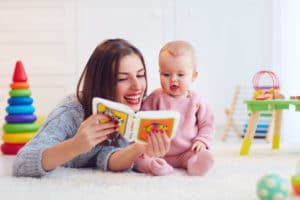 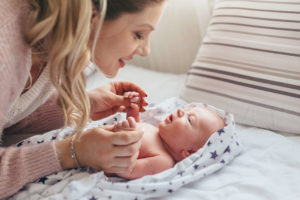 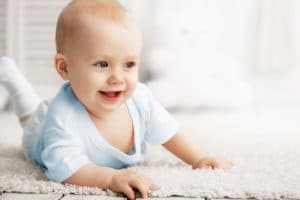 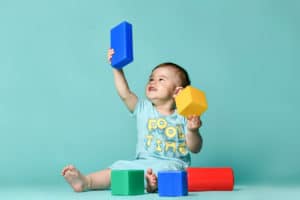 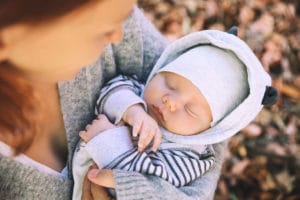 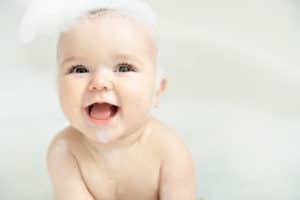 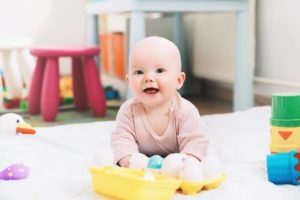 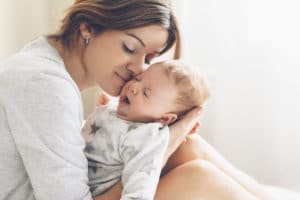 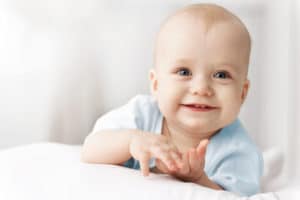 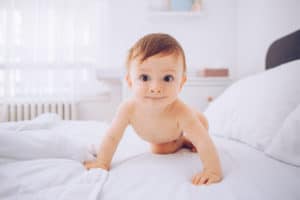