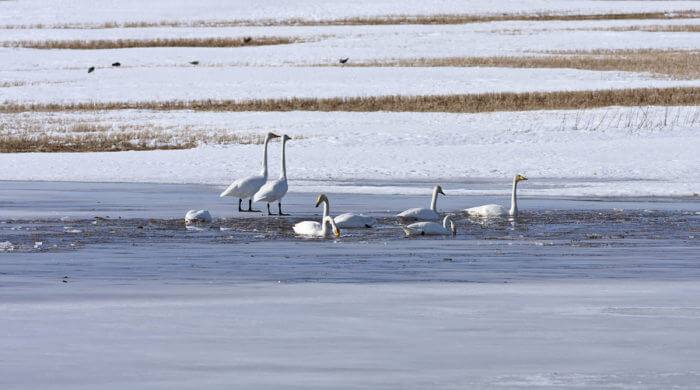 In Hamburg, two boats full of swans have been taken from the Hamburg Alster to their winter quarters. They will now spend the winter at a pond and then come back to the Alster next spring.

So slowly the winter approaches and therefore it was now time in Hamburg to bring swans to their winter quarters. About 40 swans live there on the river Alster. But because it gets too cold there in winter and the Alster can also freeze over, the swans were now brought to a pond. There they will stay the whole winter. If they were to stay on the Alster and it froze over, the swans would freeze with their feet and then starve to death.

But This Is Not Bad For The Swans

For the swans, this is not bad, because they know this, because every year the move takes place. At the pond, it is much better for them and there they are safe. And so the swans could go boating again. The people in Hamburg know now also exactly what soon winter becomes. Whenever the swans move, the first snow will probably fall soon.

Also interesting:
The Alcohol And You As A Child

The Alster is a river in Hamburg, which also forms a lake there. The Alster is 56 km long and a tributary of the Elbe. A central part of the Alster is the Alstersee, which is located in downtown Hamburg.