Here we go again, another night of tears and crying…When you’ve had a baby with colic in the past, you can easily tense up and expect the worse when baby gets hungry. It creates so much stress in mommy and baby, that it can be overwhelming. I’ve partnered with Philips Avent to discuss their new Philips Avent Anti-colic Bottle and ways to make the transition from breastfeeding to bottles a little easier.

Colic is caused in part by swallowing air while feeding, which creates discomfort in a baby’s digestive system. Symptoms include crying, fussing, gassiness and spit-up.

When you’re a mom who worries about colic, any change to baby’s feeding schedule can induce a certain amount of stress. Colic affects both bottle-fed and breast-fed babies. Also, since it is caused by trapped air, it can affect younger and older babies as well.

With my last baby I wanted to breastfeed for as long as possible. But there are always times when a bottle would come in handy – and I am all about making my life easier. Now that I am trying to wean my son from breastfeeding to a bottle, I’m looking at all my options. And not only MY options – he needs to approve the bottle as well.

One thing I have learned – I wished I had started sooner!

Even though we meant to breastfeed as long as possible, it really would have been a good idea to introduce bottles more in the beginning.

We had tried a few bottles in the past and he just did not like them. But when we gave him a Philips Avent bottle, he took to it right away. I was so happily surprised! He actually loved it.

This is the first picture I took of him with the Philips Avent My Natural Trainer sippy cup. It’s a transitional cup when you’re moving from bottles to sippy cups. Since he is 9 months old, he mainly uses bottles but we are also trying to have him use a sippy cup. He loved this one right away!

Switching Your Breastfed Baby To A Bottle

Whenever you need to start giving your baby bottles, here are some super easy tips to keep in mind.

The Philips Avent Anti-colic Bottle is a great choice for so many reasons: fewer parts, a clinically proven Airflex venting system designed to reduce gas and colic, and the entire Philips Avent line of products to grow with as your baby grows. The bottles are mostly interchangeable which really helps to keep costs down. When choosing a bottle, think ahead to using the same brand later on with this baby as well as with any future children. We want to help moms understand what all the fuss is about and help them avoid it by selecting a bottle that fits their needs.

Personally I look for bottle nipples that have a wide base and flat top. Ideally it should mimic your nipple as much as possible. The wider based nipples help with that a lot. The Anti-colic bottle has a ribbed texture which helps it from collapsing and causing the baby to inhale excess air, which you guessed it, means less gas and fussiness.

I also look for nipples with a range of flow speeds, so I can continue using the bottle as my baby gets older and wants a faster flow. Also, if your baby isn’t sure about a bottle, try a different flow nipple – maybe the one you have is too fast or too slow.

Oh and when you’re looking for these bottles – they used to be called Classic+. So if your store only has Classic+ they’re the same thing.

3 – Have someone else help

My sisters and I say that a baby can smell the milk on mom. Especially in the beginning, you don’t want to confuse the baby with the smell of mama’s milk and the smell of the milk in the bottle. The easiest answer is just to have someone else feed the bottle to the baby. Your husband, mother, father, babysitter, anyone besides mom might have a less confusing feeding experience for the baby.

4 – Give a happy baby a bottle

It’s tough to get a cranky baby to try new things. So you might as well not even try. If your baby is just not having it from the bottle, and breastfeeding is still an option, then start with the boob. Once the edge has worn off a little bit, try offering the bottle again.

Also interesting:
Staying Productive as a Work at Home Mom

Once a baby is used to breastfeeding all the time, they’re not going to want to take a bottle right away. So be prepared to try and try again. Keep offering as often as you can.

Have you used the Philips Avent Anti-colic Bottle? Let me know your experience in the comments. I would love to hear from you.

Disclosure: This is a sponsored post written by me on behalf of Philips Avent. 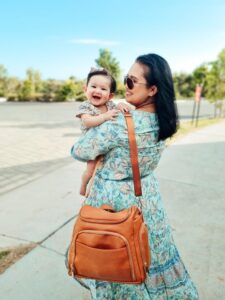 Make Any Purse A Diaper Bag With One Simple Trick 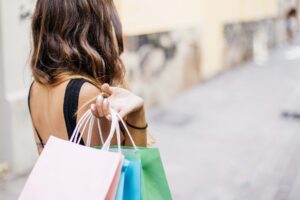 Why I Won’t Be Selling At A Consignment Sale Again 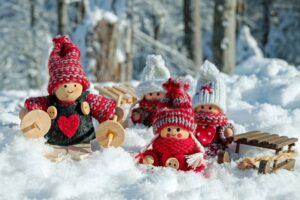 The Secret Reason Moms Love These Hand-Knit Dolls
The Real Truth About Life Balance (and how to make it work for you)
5 Minute Makeup Tips: No Time For Makeup? Get Your Face On In 5 Minutes!
10 Things To Do On Your Phone While Breastfeeding That Aren’t Endlessly Scrolling Through Facebook
Saturday Morning Cartoons I Can’t Wait To Show My Kids
Bullet Journaling Intimidates Me (And 4 Other Reasons I’m a Bad Person)
Date Night Nails: Matte Rose and Jewels Nail Design
10+ Things To Help Mom Keep Her Sanity
Creative Uses For Paper Clips
7 Sneaky Ways To Get To Target By Yourself